I’ve managed to read a number of books this first week of the year. Blame it the frigid weather that has made being housebound so alluring and/or my desire to up my reading ante in 2018. In any case, strangeness has certainly been showing up in my reading pile.  There’s been strange story lines, and strangeness reflected in reading a genre I don’t normally, and strangeness in where my mind has wandered in reflecting about a particular book I read. Perhaps it’s all a hint that I can expect strangeness from all that I peruse this year.

In any case, I’m filing my next entry in the 100 Untimed Books challenge under prompt #74 – Fighting. 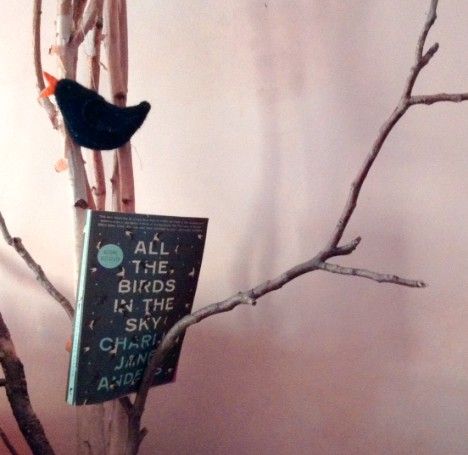 All the Birds in the Sky by Charlie Jane Anders is a novel divided into four sections, covering different times in the lives of the two main protagonists. It’s ultimately a tale about the great divide between science and magic and the apocalyptic path we’re heading ourselves towards. While there’s not a happily-ever-after ending, it offer glimpses of hope and encouragement for working collaboratively, along with reflections of what it means to accept one another.

The beginning is heart-breaking when we get a view of the harshness of childhoods of the two children who just don’t fit – in their families or society. Laurence does his best to escape through  super geeky science and Patricia has an out-of-body magical experience wherein she realizes she can talk to birds and ends up finding a magical tree. They develop a tentative friendship, neither having any real experience trusting others, but it’s not the saving grace for either of them.

They meet up years later when Laurence has established himself in the science/technology world and Patricia has trained and is working within a magical community. Patricia’s community is always harping on the need to avoid “aggrandizement” – to not stand out, not make oneself conspicuous. Laurence’s world is the exact opposite – the goal is always to be the one on the leading edge, getting the most funding, most attention, creating the most innovative new thing.  One of the things that still unites them though is each has an overarching sense of guilt, and each has the occasion to rely on each other for help, just as they did when they were children.  Needless to say their relationship is nuanced and complicated, whether they are actually physically in each other’s orbit or not.

They do end up in each other’s world again though as Earth itself is on the verge of collapse – with both the scientific/technological faction and the magical faction with their proverbial fingers on the button of mass destruction.  And without offering too clear of a spoiler, should you be inspired to read the book yourself, they find a way to collaborate using both their skill sets that offers the possibility of a different path.

I’m definitely giving the book a thumbs up. In continuing my tradition of awarding a rating based on floriography, the language of flowers, to give a hint at the plot as well as my appraisal, I offer this bouquet:  Primrose – early youth or sadness; Winter Cherry Tree – deception; Venetian Sumac – intellectual excellence; Vervain – enchantment; Dragonwort – horror; and Flowering almond – hope. 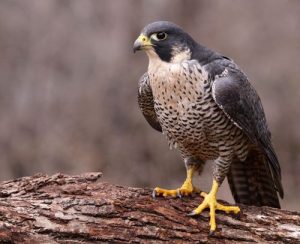 As an aside, one of the characters in the story, not a bird, was named Peregrine.  It made me think about Chicago’s Peregrine Project which has been a success in returning the population of Peregrine falcons to the Midwest. They had become extinct in this area in the 1960s due to the toxic effects of DDT, but due to the Peregrine Project they have become well-established and in 2015 were removed from the extinct-in-this-area list.  I remember how exciting it when I first spotted one near it’s nesting site in downtown Chicago on our main Public Library.  The library building is a fabulous piece of architecture, resplendent with 12-foot tall barn owls on the outside (often mistaken for gargoyles) and a magnificent collection of wonders inside.  It was even more wondrous that day when I saw the peregrine falcon. 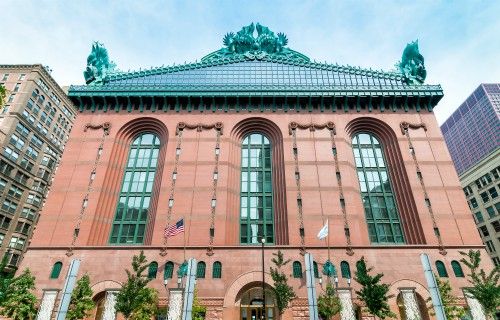 Here’s a brief video about the Peregrine Project if you’re interested.

So tell me, what have you been reading?  Ever seen a Peregrine falcon?  Does your library come stocked with faux gargoyles on the roof?  Do tell – you know I love to hear.