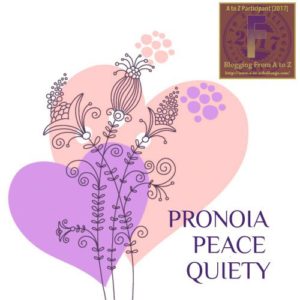 Writing my way through the A-to-Z blogging challenge, I’ve tasked myself with exploring the concepts of pronoia (the belief that the universe is conspiring to shower us with blessings), quiety (serenity) and peace –  all through the lens of unusual, obscure, or simply delightful-to-me words.

Firgun is an interesting word – an informal modern Hebrew term which describes genuine, unselfish delight or pride in the accomplishment of another. It’s also described as a generosity of spirit, an unselfish, empathic joy that something good has happened, or might happen, to another person.

When I first heard the term I was a bit taken aback. To have such a word, and a modern one at that, having begun showing up in the 1970s marking it as culturally relevant to our times, seems to suggest that there is another response one might have to someone else’s accomplishments or fortune. I began having discussions with people about this, trying to understand this more clearly.

It became apparent to me that as a collective we’re seemingly much more self-centered and competitive than one would hope. And I think what’s really behind it is a sense that resources are somehow limited – that if you have success that somehow diminishes the pool of success available that I might draw from.  Or if something wonderful happens for you, the finite supply of wonderfulness has just experienced a irreplaceable withdrawal.

We really need change our thinking about this.  Natural resources may be limited, but those aside, what if we began thinking ourselves infinitely resourced in other ways? What if I knew myself to be a genius creator? Or someone so willing to keep my eyes open for magic and beauty all around me, I had endless demonstrations of it? What if we opened our hearts and stopped measuring ourselves against each other? Wouldn’t that shift things significantly? Wouldn’t there be more room for celebration and delight for all of us?  I think so.

I was first introduced to William James’s work when I was quite young. His writing had a significant impact on me in my adolescence, although I’ve only come to realize it in retrospect. But recognizing the influence now, I’ve begun re-reading some of his writing.

I’m particularly relishing this declaration of his:

“I am done with great things and big plans, great institutions and big success. I am for those tiny, invisible loving human forces that work from individual to individual, creeping through the crannies of the world like so many rootlets, or like the capillaries.” 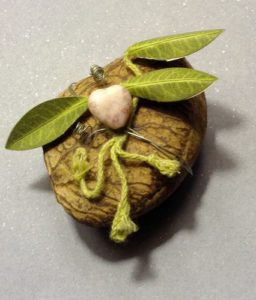 I think it’s inevitable that as we shift things in our society and collective and as great institutions begin their unavoidable crumble, our human-to-human connections become what’s really important.