You are here: Home » Back in the Counting House: August 2013

Back in the Counting House: August 2013

I’ve always rather liked the nursery rhyme Song of Sixpence.   As I child I had a wonderful hand-me-down tin pie that you cranked and up popped blackbirds.   Ah, it was the beginning of my love affair with crows.   But I liked other images from the poem too – the queen eating honey (yum!) and the king in the counting house.  I’m not all that partial to the idea of counting money as he was doing, but counting one’s treasures, now that’s the start of a gratitude practice don’t you think?

I find the ritual of closing old things out before opening the new to be quite helpful, and that’s what I like to do with each month, each season, each year.  Which is why I find the idea of Julie Kirk’s monthly invitation to blog about what’s happened in your month through the lens of numbers so fun.  I can be the queen in my treasure house counting.  Do consider playing along yourself and stop by Julie’s site and see how others have counted their August as well.

So where to begin…  How about eyes to the sky?

Every month I invite in the energy of ONE Goddess to oversee the month and I dance with her energy as much as possible.  For August the Egyptian goddess Nut showed up.

She’s often thought of as a night goddess and most frequently pictured with her star filled body arching over the Earth.  But she’s also known to swallow the sun and then give birth to a new day at dawn after having covered the Earth with her body all night.  She calls us to mystery, and she was a wonderful companion this month.  I had FIVE sunrise meetings with her, and she helped me give birth to TWO new business ideas this month. 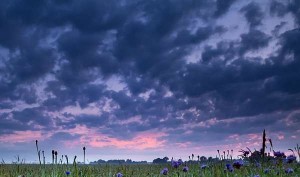 August is also the time of the Perseids meteor shower, so I had eyes to the sky THREE times.  Alas I live in the heart of a major metropolitan area and the ambient light makes star gazing pretty challenging.   So I’m disappointed to report I spotted ZERO shooting stars.  However, that didn’t actually stop me from wishing on imaginary ones. 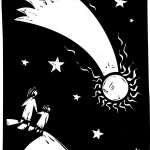 This month was also a blue moon.  Originally defined as the third full moon in a season with four full moons; it’s also defined as two full moons in one astrological month.  So the August 20 full moon was blue.  And she was beautiful.

Peeking out the weather window, we had a roasty toasty August, with temps reaching 96 degrees TWO times accompanied by 70+ dew points, which made it perfect weather for cold watermelon and ripe peaches and frozen yogurt.  The heat broke with a huge storm that knocked our electricity out, blew down a number of tree branches in our neighborhood and ripped off some siding and downspouts from our house. Ouch!

Continuing on with my summer which I dubbed as the Summer of Exponential Self-Love, I focused a lot on self-care.   In fact of the TWENTY-EIGHT times I blogged this month, TWENTY-SIX posts were devoted to my latest abecedarium, this one dedicated to the A through Z of self-care.

I took THIRTY-ONE selfies, read EIGHT books, attended TWO plays, treated myself to SIX artisan soaps; did multiple happy dances TEN days in a row, suffered vertigo for TWOpointFIVE days; and listened to ONE song approximately a KAJILLION times.  The song?   “White Blank Page” by Mumford & Sons.  It came onto my radar thanks to the wonderful Literary Jukebox, which daily thematically matches a song with a quote from a favorite book.  It’s a project from BrainPickings which always gets TWO thumbs up from me.  Head over and give a listen to the song that has taken over my brain this month.

The rest of my month was filled with delightful conversations, some new understandings, a few rough spots, but always, always, always this reminder from Mary Oliver

“My work is loving the world.”

I think I did a good job this month.   What about you?  What was your month like?  Keep count of anything?  Wish there had been more of something?  Or less?  Ready to close the door to August now and open the door to September?  Do tell – you know I love to hear.