You are here: Home » Book Look 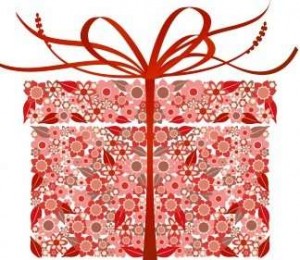 For me opening a book is literally like opening a present.  There’s a bit of anticipatory excitement and the invitation to dive in and find out what’s there.

I was going to be intentional this year and keep track of all the books I read.  For some reason the idea of a compiled list of 2013 reads appealed to me.  And since I have such a backlog of waiting-to-be read books I was going to make this the year I methodically plodded through my piles.   I promised myself I’d read at least 52 books, and somewhere in there was also the intention that I wouldn’t buy any new books to add to the piles.

So how successful was I?  Well, I kind of stumbled with the list keeping – it was definitely a hit-or-miss thing.  I do have 49 books listed and with several more in various stages of completion I’ll definitely make my goal of 52 for the year, even without the books I forgot to record.

But refraining from adding to the existing piles was less a success than I had hoped.  I simply cannot shut my ears when someone is recommending a book and it sounds intriguing.   And I get such a satisfying sense of delicious abundance when I come home from the library with a stash of books.  It’s the exact same feeling I had so many decades ago as a little girl, and for some reason that especially delights me.

I’m also an avid user of paperbackswap.com which allows you to trade books you’ve read for ones you want for only the cost of postage.  A number of years ago when I dismantled my professional library from the years I spent working as a therapist, after I had donated the majority to those who could use them, I was left with a number that were so fundamental almost everyone in my business already had them.  So I used them to seed my paperbackswap.com account and I haven’t looked back since.  The fun part is that you get to keep a wish list and when someone posts a particular book you want and you’re next in line, it’s yours.  So there’s always an element of surprise – you never know when something will become available.  But you know if you’ve put it on your wish list it’s something you want to read so having it arrive in the mailbox is a delight.

Rather than listing all-time favorite books – that sounds like it would require more brainpower and concentrated thinking than I’m willing to devote, I’m going to answer today’s prompt with books from this year’s read pile.  Seven is a lucky number for me, so I’ll pick seven that I found particularly enjoyable.  I’ll stop at seven and arrange them in alphabetical order, so there’s a bit of neatness to the randomness of it all.  You’d be right to guess I like a bit of paradox.  So here we go:

How to Live Safely in a Science Fiction Universe (Charles Yu)

Radioactive: A Tale of Love and Fallout (Lauren Redniss)

The Language of Flowers (Vanessa Diffenbaugh)

The Messenger of Athens (Anne Zouroudi)

What about you?  Do you have a standout book from 2013?  Are you a digital reader or can’t imagine not holding a book in your hands, or a flexitarian?  Are you a card-carrying library user?  Do tell – you know I love to hear.