You are here: Home » Childhood Treasures and Beyond

Childhood Treasures and Beyond 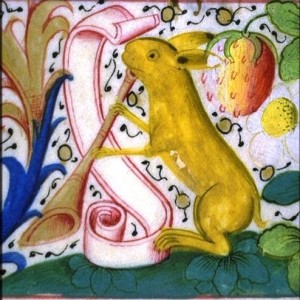 I can’t resist playing in The Great Book of Lists, hosted by La duchesse d’Erat, with this week’s prompt being to list childhood treasures.

It’s crazy synchronistic that this challenge should pop up on my radar, as I was just thinking about some of my favorite toys.

The very first toy I remember was a fabulous bath toy – a floating whale made from glittery sparkle-encrusted transparent pink plastic. I literally still swoon when I think about it. I suspect it’s what led to my obsession with sparkle-embedded things. I’m entirely unable to resist vintage lucite buttons with the embedded glitter. Hopeless I tell you. But even more important, and this is what I find so amusing and intriguing, Whale is most definitely a totem animal for me. Of course you can skeptically write it off as I loved a toy as a child and then created a relationship, and I’m sure there’s an element in truth in that. However, how much more magical to imagine Whale found a way to make its presence known to me very early on, so I always knew I had that ally?

The second toy I adored was a battery-operated elephant covered in some sort of gray flocking. No doubt I had rubbed it bare with love by the time it disappeared from my life. Would you be surprised to know Elephant is also a beloved totem of mine?

And then there’s was the hand-me-down tin pie with slots on the top, with a little crank handle that when turned played the tune “four and twenty blackbirds” and then up popped little crows from the slots. Utterly fabulous, and of course, that began my life-long love of Crows who have proven to be most excellent friends. I occasionally see the tin pies on eBay and such, going for extravagant amounts of money, but I’ve never actually seen the model I had, which I suspect was the very first edition. It had certainly been well-loved by the time it came to me, and I added exponentially to that response as well.

I was thinking about these toys, and the later relationships I’ve developed with the animal spirits; pondering the fact that sometimes animals show up in the most unexpected ways with so many valuable things to teach us. I alluded to it in my last blog post – Rabbit has shown up as an ally for 2016. I had two dreams about rabbits last year, and so I wasn’t altogether surprised when Megan Potter did an Animal Magic reading for me a few days ago and Rabbit showed up. Given that my guiding star word for this year is Leap, it seems delightfully appropriate. What DID surprise me was to look out the window this afternoon and find a huge gray rabbit sitting in the snow- and ice-covered garden. I’m not sure I’ve ever seen rabbits in the winter here, although I spot them fairly regularly in the warmer months. But they’re always brown, and this was a gigantic gray one. I carefully tossed out some snacks for it in case it was hungry, but I think it just wanted to make a guest appearance and let me know he’s here. And so the magic begins.

What about you? Had a favorite toy? What about totem animals? What magic has shown up for you so far in 2016? Do tell – you know I love to hear.