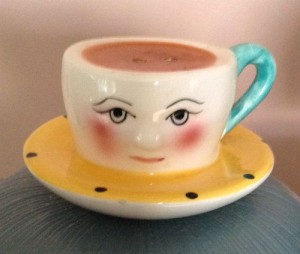 It’s time for a peek into my week to see what’s been on my radar inspiring me and what I’ve been thinking about.  I love when we share glimpses of our worlds with each other, and this week I’m linking up with Weekend Coffee Share hosted by Diane at Part Time Monster.    If we were having coffee, I’d share the following…

internal landscape:  Lots of hand-to-heart five-deep-breaths returning-to-center this week.  Not because things have been especially wobbly, but rather as a reminder of how much easier things are when I keep myself grounded and centered.  It feels like I have innumerable spinning plates to get up in the air, which is exciting, but I want to make sure I’m able to maintain them with enthusiasm rather than greet them with overwhelm.  Remembering to center then focus is helpful foundational work I’m hoping keeps this summer of creativity moving along nicely.  My current energetic address:  the intersection of Yes I Can! & Exactly How Much Magic Can We Invite Into this Container?

breathing the fresh air:   There was lots of garden tidying this week, including digging up my dear rose tree that didn’t survive the harsh winter, and replacing it with another one which I’ve now planted in a large container and will bring indoors to overwinter.  But for now it’s been set out with encouraging words and surrounded with some lovely white perennials so it can bloom amidst a field of pretty companions.  My peonies are delighting my heart with their frilly fabulousity and my neighbor’s poppies are shining luminously as though lit from within.

epicurean adventure:   Seeing as how we celebrated the full strawberry moon earlier this week, I think strawberry French toast will be a nice way to wrap up the theme.  It’s on the menu for tomorrow.

on the work table:   Lots of ongoing projects including my visioning journal, my animal totem journal, daily ICADs (index-card-a-day doodles), a drawing project, a writing project, an aromatherapy project, and three deadlined projects.  While I love having multiple things to move among, sometimes it’s a bit discouraging to have everything in-progress rather than being able to complete a few.  So this week I’m going to add in a few short and sweet things just for the delight in being able to say they’re in my finished pile. 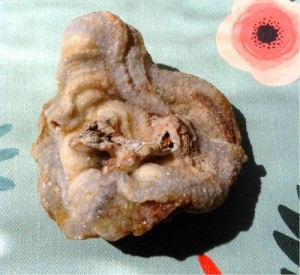 turning the pages:   I don’t remember the last time I’ve been in such an extended period with so little reading.  I didn’t help things out this week either by discovering a mahjong-ish solitaire called Curse of Ra, as I’ve been caught up playing a few games before bed rather than digging into my piles of books.  Still I did crack open another volume in the Anne Zouroudi series with Greek detective Hermes who wears freshly polished white canvas tennis shoes rather than winged sandals.  I always like a romp through the isles with my favorite messenger god disguised as a human detective, and what better time to engage in the archetype than during a Mercury retrograde period?  This time around it’s the book Lady of Sorrows dedicated to the deadly sin of wrath.

on the playlist:   Here’s another song that showed up yesterday at the haircutter’s which I hadn’t heard in ages.  And given that it’s been a gardening week for me, what’s not to like about a song called Bloom?

on the screen:  We’re working our way through season two of Orphan Black, the Canadian series about clones.

favorite word of the week:  Pana po’o.  Hawaiian.  To scratch your head in order to remember something you’ve forgotten.

on the wish list:  I wouldn’t say no to this fabulous Hermes/Mercury pendant created from an ancient intaglio seal.

There you have it – what’s been up in my world this week.  What about you?  What’s been tickling your fancy or furrowing your brow?  Scratched your head trying to remember something this week?  Serenaded someone with a feather?  Have a favorite French toast recipe?  Do tell – you know I love to hear.