Part of the fun of doing this abecedarium is being spontaneous. I have no pre-determined topics other than the general heading of flora, which I’ll allow myself to loosely interpret. So each day I wait for something to inspire me, and I’ll write about that, seeing where it takes me. 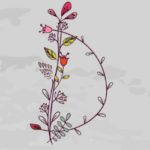 My inspiration for the topic came last night, or perhaps more accurately early this morning. There were fireworks being shot off in our neighborhood late into the night, but I was tired and cranking up the white noise of a fan, I soon lulled myself to sleep. I was awakened abruptly from a dream by a loud boom and flash, and I caught a glimpse of fireworks out my bedroom window. It’s true I was disoriented – a second before I was holding a board meeting out in the alley with Frida Kahlo, Thoth, a giant bee wearing human clothes, and one of the seven Pleiadean sisters.  But I swear I saw a fireworks daisy – with silver petals and a gold center – literally within arm’s reach of my bed.  The more I thought about it though, I began wondering if I really had seen it – was such a thing even possible? And I back to sleep.

This morning I went outside to look for any possible debris evidence, and the first thing I saw was a wild daisy growing in the lawn.  Coincidence? You might think so, but I’m going with magic.

The common, humble, always cheerful daisy is one of my favorites.  It’s known as a flower of innocence, and we often think of it associated with children – the ubiquitous daisy chains and garland crowns, and the loves me/loves me not games.  I often have delightful dreams where I’m a child in a garden with my grandmother, and often there are faeries present sitting atop or under daisies.

I especially love how the daisy got its name. it was noted that the sun-eyed beauty, at least some varieties, close their blossoms at night.  The Old English name for it is “day’s eye” which eventually became daisy.

According to the doctrine of signatures the shape, appearance and scent of a particular flower provides information on its possible use.  Because the daisy resembles an eye, it was used in various eyebaths, including for treatment of black eyes. Because it is a hardy flower, surviving and adapting to most landscapes and conditions, bouncing back even when trod upon, it was also prescribed in remedies for life’s little bruises and bumps, as well as being used at one time to dress battle wounds.

Daisies were held as sacred to Freya, Artemis, and Thor, and it is believed to be ruled primarily by Venus under the sign of Cancer, and to a lesser degree by the Moon.

This little flower was also thought to have the power to ward off lightening; and some believed wearing daisy chains protected children from possible abduction by faeries.  Besides being used as a love oracle, plucking daisy petals was also used to predict timing for things, particularly marriage. “This year, next year, sometime, never” was chanted until the final petal gave up its message. 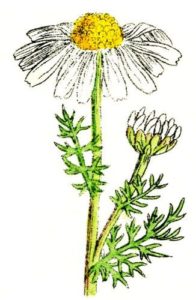 Dear Mary Oliver with her keen eye and beautiful heart wrote a poem about daisies.  Here’s a brief excerpt which I especially love…

“At my feet the white-petalled daisies display
the small suns of their center piece, their — if you don’t
mind my saying so — their hearts. Of course
I could be wrong, perhaps their hearts are pale and
narrow and hidden in the roots. What do I know?
But this: it is heaven itself to take what is given,
to see what is plain; what the sun lights up willingly;
for example — I think this
as I reach down, not to pick but merely to touch —
the suitability of the field for the daisies, and the
daisies for the field.”

By the way, I Googled daisy fireworks to see if I could find an image like what I saw.  No such luck, but I did learn something delightful.  The Japanese word for fireworks is hanabi, which literally translated means “flower fire.”  How perfect is that?

What do you think of my lawn daisy?  Ever make daisy chains? Love daisies, or have another favorite flower that begins with D?  Do tell – you know I love to hear.