While it’s true May 1st is Lei Day, the statewide Hawaiian celebration, personally I think any day is a great day to wear flowers.  Wearing a flower lei is a wonderful way to be enveloped in the scent of flowers while looking beautiful as well.

India, Nepal and Thailand have centuries old traditions of creating and offering flower garlands, and it’s likely these traditions came to influence the ancient Greeks and their garland practices as well.  The ancient Sanskrit text Kama Sutra, thought to be written as early as 400 BCE, lists garland making as one of the 64 arts young women were supposed to master. Garlands were offered to deities, who each had their favorite flowers.

The Greek used flower garlands to make offerings as well, but also wore them, usually as crowns. When the Roman writer Pliny the Elder wrote about such flower usage in the first century, he declares this practice is ancient.

The Polynesians brought the tradition of adorning themselves with local vines and flowers to Hawaii when they arrived, and thus the lei tradition so connected to Hawaii began. Originally Hawaiians worn leis to signify royalty, as well as representing wealth and rank. Particular flowers and arrangements were created for different reasons, different ceremonies. Eventually the custom of wearing leis for all occasions, even everyday, for both royalty and commoner was adopted.  And now it’s very much associated with aloha – which of course is a way of being and an energy to hold, and not just a salutation upon meeting and parting. 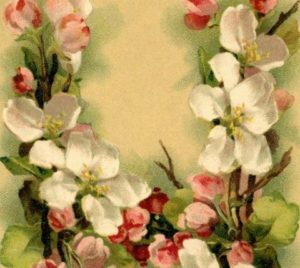 I often think about the power of that – that thousands of times a day people are receiving the blessings of leis and conscious transmission of aloha, and whether they are aware of the power of that or not, there is a beautiful offering there.

Interested in creating your own lei?  Here’s instructions on how to make one.   This page from a florist selling leis offers some pictures and information about various Hawaiian flowers used in leis.

Wishing you a fragrant day and much aloha.