I recently watched part 1 of the creepy good PBS mystery Remember Me.  So it seems perfect to choose Rosemary for my abecedarium R entry. 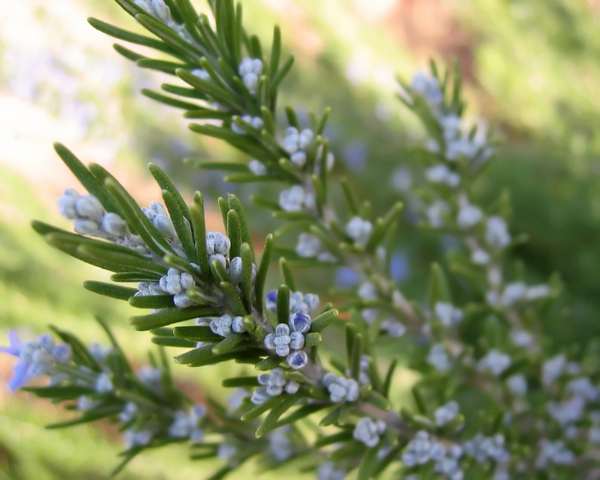 Rosemary is commonly associated with the idea of remembrance; both in the sense of a love charm and perhaps more widely understood as a reminder to remember our beloved who have crossed.

But there’s also another aspect of remembrance – Greek and Roman students wore garlands of rosemary as they studied believing it would help preserve memory.

The usefulness of this delightfully fragrant herb isn’t limited to just these things though. It was thought to be effective in all brain matters; used in hospitals and sick rooms to purify the air; in wedding bouquets and other arrangements to encourage loyalty; in sachets to repel moths and other insects; and then there are all the culinary uses as well.

I often think of Rosemary in conjunction with Pansies, thanks to Shakespeare’s Ophelia speaking in the language of flowers…

“There’s rosemary, that’s for remembrance. Pray you, love, remember. And there is pansies, that’s for thoughts.”

The name ‘pansy’ is derived from the French word pensée which means thought.  It’s said it was so named because the blossom resembles a human face, and when it nods forward it appears as if lost deep in thought.  I always smile when I think of that. 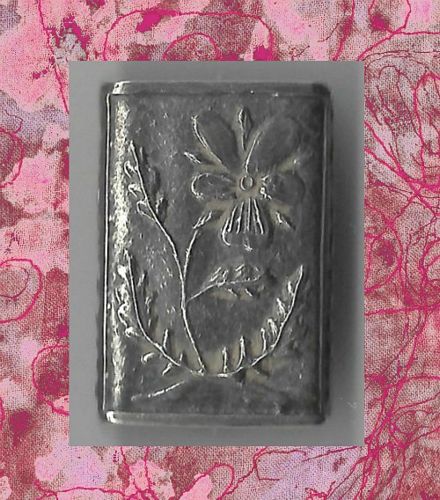 Anne Choi is one of my favorite bead artists using the lost wax cast process and working in sterling.  I love this pansy bead that says “PENSE A MOI” on the sides – “think of me.”  I think the leaves look rather more like rosemary than typical pansy leaves, and that makes it even more special to me. Pansies are also known as Heartease, and I purchased this bead when my mother died. I made a bracelet with it and wore it continually throughout the period that marked my formal mourning and honoring observations. And when the bracelet broke, I knew that period was over. I’ve kept the bead on one of my altars since. There can be such a sweetness in remembering, and I love that both Pansy and Rosemary are associated with that.

Burning Rosemary is something I do at Samhain in ancestor remembrance ceremonies, but I enjoy using it both in the culinary sense and more spiritually much frequently than just that.

And there are certainly days when I think I should get myself a crown of rosemary to wear as the Greeks did. If only I would remember.