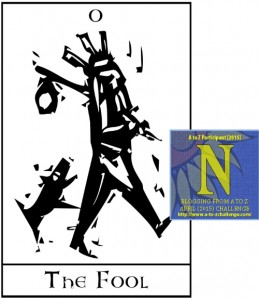 N is for nouns of multitude.

Most indigenous societies used only three number words; one, two, and many.  And then they used special expressions to indicate quantities of things.  Many of the nouns of multitude we currently use originated in the Middle Ages. 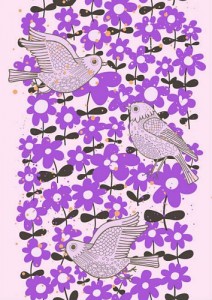 I’m not exactly sure why I find this so fascinating, but I do, and apparently have for quite some time.  I recently found an old journal where I had begun a list of these collective nouns.  My mind boggles at where some of these came from:

My mind also delights in what clearly is an amusing game of cleverness:

I trust our friend Fool enjoys this game as well.  I daresay we may perhaps be dealing with a folly of fools.

The other night I was sitting in circle with a group of friends and we were trying to think of the collective noun for butterflies (rabble, or my preference kaleidoscope).  I was sitting there simply basking in the joy of being gathered with my friends, and thinking about an earlier conversation that evening about how there were definitely some regional differences in our pronunciations of various words.  To my ears it sounds like some southern speakers add extra vowels to words, and to some my Midwestern accent is a no-nonsense speeding over parts.  So I laughed when it occurred to me sitting there that perhaps we were a bucket of pals, knowing full well that pal would be pronounced differently by each one of us.  And that in itself made me laugh even more.

I find nouns of multitude delightful, but on a more serious note as observed by Isidore of Seville (c.600 AD)

“Take from all things their numbers, and all shall perish.”

That makes me want to celebrate every kaleidoscope of butterflies, every romp of otters, and every sagacity of owls, and do my best to make sure they’re around for future generations to enjoy.

What about you?  Have a favorite noun of multitude?  Do tell – you know I love to hear.