You are here: Home » A Friday of Firsts

A Friday of Firsts 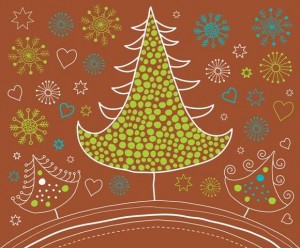 Today’s KIOS blogathon invitation is a series of prompts about various first experiences.  Let’s get started…

Well if we eliminate all the babysitting and mostly creative failure jobs as a kid, my first paycheck job was working for an insurance company as a policyholder correspondent.  That was one bizarre experience that probably stunted me in ways I’ve yet to figure out; but I did make some marvelous friends and a million years later I can laugh about it rather than feel unhappy.  It was a huge insurance company and I think of it as close to factory work as I’ve experienced.  We were given piles of letters each shift and our production was carefully monitored.  But rather than allowing us to actually write normal letters, we were instructed to use a whole series of rote paragraphs.  The paragraphs themselves were part of a huge manual and so our job was to compose responses to policyholders’ queries by choosing appropriate pre-worded paragraphs.  So a response might be: Paragraph B-7, Paragraph K-94, Paragraph D-21.  We’d write the paragraph numbers on a sheet of paper, and then send it off to the typing pool who’d work from correspondingly huge manuals and type the designated paragraphs.  It was utterly Orwellian and surreal.  And it led to a really stilted way of communicating that it took great effort on my part to overcome.

The First Thing to Your Left

A vase filled with evergreen branches and red carnations and white pom-poms.

Something You Remember About First Grade

It’s an odd memory that colored my world view for quite a while.

Our school years/classes were divided, so there was 1A and 1B sections.  At the end of the first half year my teacher took me aside and asked how I would feel about moving to the other classroom with the other teacher for 1B.  I said I’d think about it.  She laughed.  And in that moment I understood – she wasn’t asking, she was telling me what was going to happen.  Whoosh – a very tangible sense of shame for being caught unaware and not understanding.

Alas, it makes me sad to admit my childhood was filled with that hypervigilance and fear of being shamed. Sending comforting hugs back to that younger version of me.  But the delightful thing about healing those early wounds is the amount of congested energy that gets freed.  It always feels like the buttons of a too-small suit get popped open and the bigger no-longer-confined me gets to step out.   So yay for each time each one of us releases anything we’ve experienced as a limitation.

The First book you ever read

That I don’t remember.  But my love of reading came early and has served and delighted me ever since.  One especially dear and precious reading-related memory was being given a partial set of hand-me-down Nancy Drew books when I was young.  From the first I was absolutely hooked, and I was pretty certain I was destined to become a detective.  My cousin and I shared this little fantasy and we branched off to read the Dana Girl books as well.  They being orphaned twin teenage detectives added the right element of mystique.

The First Thing You Do In the Morning

I call in conscious connection to my higher soul self, and call in my connection to my Guide Team, and then call in the energy streams of what I’d like to experience that day.  Only then do I pop myself out of bed and start my day.

I grew up hating mushrooms.  And now I rue all those lost opportunities!

My first totally clear memory was something that happened when I was 3.  It’s not that I don’t believe I had other earlier memories, but this one moved right up to the forefront because it felt so traumatic.  My brother who is a couple years older than I am was in a school play and the school provided daycare during the play so parents could attend.  So my mother dropped me off in this room with a bunch of kids already playing, sat me down at a table and told me to be good.  She was a little lax on the preparing me in advance for this, because I really didn’t understand what was happening as I’d never been in daycare before and she forgot to mention she’d be back in an hour or so.  I was terrified and thought she left me there forever, but I didn’t want to cry because I was pretty sure that didn’t fall into the category of being good.  And I was sure if I wasn’t good then they’d throw me out and then what would I do because my mother had already left me.  Oh poor, sweet me – how I wish I could go back and hug her and tell her it was all okay!  I remember so clearly the table I was at, the legos that were put in front of me, and how I was too scared to do anything except sit there.

I have to say it’s been kind of fun looking back at some firsts.   In truth I experienced much of my early life through the lens of sadness and depression, which makes it all the more delicious to know that I’m now devoted to keeping my feet on the joy trail.  And what wonders and magic and delights are always there for the seeing.

Speaking of firsts, here’s a fun one to share.  One of my first purchases on Etsy was from Australian artist Jackie Amos.  It’s an editioned linocut print of a mother bird teaching it’s babies to fly entitled “You Can Do It.”   I brought it after my mother died and it’s always felt like a wonderful cheer-me-on kind of message. 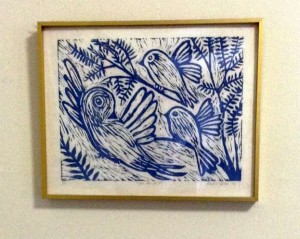 What about you?  Have a first to share?  Do tell – you know I love to hear.