You are here: Home » More Fun than Freud

Today’s KIOS blogathon meme is another fun one.  Free association.  We were given a list of words with the prompt to share what they inspire.

The first river that comes to mind is the Kankakee, which happens to be the river near which my brother lives.  When I visit it’s like stepping into some alternate universe – everything moves at a slightly slower, more peaceful pace.  I can sit riverside and observe and ponder for a million hours and never get bored.  And did I mention swans?  Seriously, how is not cool to have swans swim by? 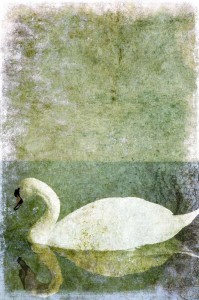 But whenever I think of a river, I also think of a broader issue.  How we’re all part of something bigger.  Years ago, a friend who was a member of a number of ecopsychology groups, really encouraged everyone to think of themselves in relationship to the watershed they belong to.  And that thinking changed everything for me.  Here’s a simple-to-understand definition: “A watershed describes an area of land that contains a common set of streams and rivers that all drain into a single larger body of water, such as a larger river, a lake or an ocean. For example, the Mississippi River watershed is an enormous watershed. All the tributaries to the Mississippi that collect rainwater eventually drain into the Mississippi, which eventually drains into the Gulf of Mexico. Rainwater that falls on more than half of the United States subsequently drains into the Mississippi.”

At the urging of my friend we began identifying ourselves with the description of our watershed.  And so I am Deborah, of the DesPlaines River – Kankakee River – Illinois River – Mississippi River – Gulf of Mexico.

I love this Rumi quote:  “The morning wind spreads its fresh smell.  We must get up and take that in, that wind that lets us live.  Breathe before it’s gone.” 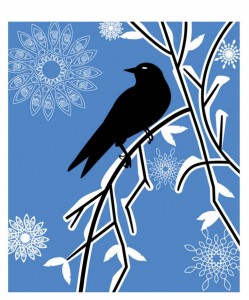 First thing this morning I went out and shoveled.  There’s nothing quite as wonderful as clean crisp snow air – it’s the epitome of fresh.

I’m always entertained by the fact that the word escape contains the word cape. And so I think all truly grand escapes require costumes and repeated flourishing of said capes. 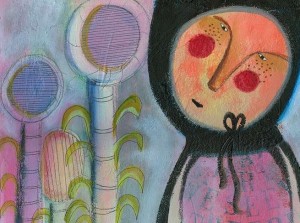 Oh I have such a complicated relationship with moment! It’s so ephemeral – here now and so quickly gone like swirling smoke.  And yet it holds everything. I am here now in this moment – I can’t push myself back into a past moment (only a thought of the past), nor can I pull myself into a future moment (only speculation of what that might be).  And so this is all I have.  Now.  And now.  And now. 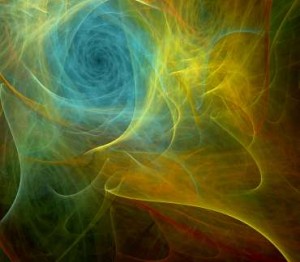 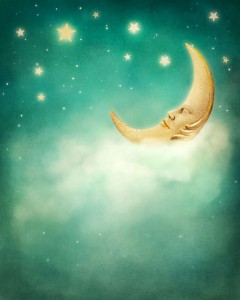 Today the moon is full – often called the Full Cold Moon, which seems pretty appropriate for this stretch of the watershed I’m occupying.  But the familiar traditional names of moons don’t always suit my cape-wearing self.   Sometimes it’s necessary to make up your own names.  Maybe this should be Belly of the Snowman Moon.  Or Abundant Sack of Prosperity Awaiting Delivery Moon.  Or Mercury Glass Ornament of Magic Moon.  I’ll be thinking about that today and see what comes to me.

What do you think?  Have a name for this full moon?  Know your watershed?  Have a favorite escape.  Any associations you want to share?  Do tell – you know I love to hear.