You are here: Home » In My Own Time

In My Own Time 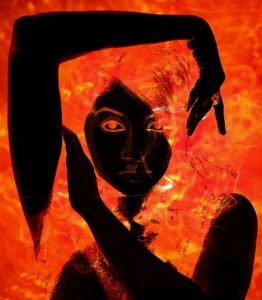 I’m on fire.  That may not sound like such a good thing, but I couldn’t be happier.  Maybe it’s because all those metaphorical seeds I’ve planted are finally popping, or perhaps it’s an altered state of mind caused by inhaling the wonderful scent of armloads of lilacs I’ve gathered into vases and scattered throughout the house.  But whatever the cause, I’m celebrating.

Today I’ve tackled a couple of big projects that have been languishing for what seems like centuries, and I couldn’t be more excited about the direction they’re moving.  It’s so much fun to be moving in flow, rather than the agonized pushing of something that isn’t ready to move.  I’m hoping to build up some momentum and keep moving forward.

But in the meantime, I like the carry-over this brain ignition has.  I’ve added about 17 billion new ideas to my ideas journal to explore later.  Everything feels like such a delightful inspiration.

For example I learned 5 things today – totally random, kind of strange things, that totally sparked new ideas and feel like delicious breadcrumbs strewn to lead me down a future rabbit hole.

Late Sunday night I usually take a bit of time to look at my calendar for the upcoming week.  I have a notation written down for this Thursday – “fabulous beautiful day.”  I actually have no idea what that means.  I racked my brain for a while, and I think I have some very-far away memory of some astrological writing that suggested this will be a wonderful day.  But the reasons why are lost to me.  Which makes me laugh, and now it will be an even more fabulous day because there’s this bit of mystery attached to it.  And it totally inspires me to randomly write “fabulous beautiful day” on future days in my calendar.  Because how wonderful is that?!

(Btw, I’ve always thought the expression was “wracked” not “racked” but spellcheck led me to check the etymology and I see racked is correct.  I get to add another thing to the I-learned-that-today list.)

Secondly, I learned something I never knew about time zones.  On a whim I was looking up the current time in Myanmar, and instead of it just being a matter of hours different, it was hours + 30 minutes different.  When I first saw it, I thought there was either an error in my computer clock or in the conversion site, but no.  Some countries use offset times, either a half-hour or 15 minutes off the standard global time zones.  A little research taught me that there are twenty four time zones of the world based on fifteen degree increments of longitude. It takes the earth takes twenty four hours to rotate and there are 360 degrees of longitude, so 360 divided by 24 equals 15.  Thus, in one hour the sun moves across fifteen degrees of longitude. The offset time zones of the world were designed to better coordinate noon as the point in the day when the sun is at its highest point in the sky.

For some reason I’m surprised I didn’t know this, although when I checked with my husband he didn’t either, so I suppose the offset time zones are not something everyone knows.  But now that I do, my mind boggles even more.  All I can say is thank you for apps that can figure it out instantly.  There isn’t a client appointment time that goes by when I don’t say thank-you-online scheduler for figuring out time zone changes for me, because we might as well depend on a throw of the dice if I had to get it right.  Actual tears might be shed.

And speaking of tears, another thing I learned about today is “crying rooms” – a service offered by a hotel in Japan – catering to women clients who need a place to relieve stress by crying.

I also discovered two interesting things about myself with regards to receiving.  I think I’ll write more about this later because I trust it’s a topic lots of us have issues with, but in the meantime as I let this roll around and get integrated, I find myself curious about how it is we manage to keep secrets about ourselves secret from ourself?  As in, how have I lived so long and not known this about myself?  On one hand I love learning new things and I’m a constant source of ever deepening understanding of myself through reflection; and on the other hand, how can I not know stuff about myself having spent my whole life being introspective?  Don’t you wonder about that sometimes?

And there we go – me wondering again, and sometimes my brain catches on fire and starts smoking.  Either it’s a good thing, or its not, but it’s all part of my world. Where I sometimes think I reside in my own time zone, using my own calendar.

What about you?  You feeling on creative fire?  Ready for a fabulous beautiful day?  Ever find strange and wonderful messages written on your calendar that you can’t quite decipher?  Do tell – you know I love to hear.