You are here: Home » Manifesto: M is for…

Manifesto: M is for… 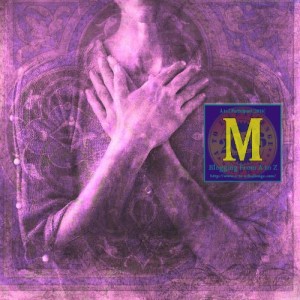 Participating in the A-to-Z blogging challenge, I’m writing a manifesto of what I believe and what delights me, based on unusual words.  Today we’ve meandered over to the letter M.

Let me introduce you to today’s word mellifluous.  Admittedly mellifluous isn’t exactly an unusual word – we clearly know it as “having a rich smooth flow; mellow; dulcet; generally used to describe a voice, tone, or writing style.”

But it’s not that particular definition I want to consider.  Let’s look instead at mellifluous as “filled with something (as honey) that sweetens.”

Now there’s something I can sink my teeth in, and definitely needs to be part of the Manifesto of Me.  Because it’s all about the bees.  The meaning of my name, Deborah, is bee.  I take the connection quite seriously, and so of course I want something in my manifesto acknowledging this.

In Greek mythology Melissa was the nymph who discovered and taught the use of honey, and honeybees were named after her.  Minoan-Mycenaean priestesses were called Melissa.  According to Homer, Apollo’s gift of prophecy first came to him from three bee maidens, and of course the Delphic priestess, the Oracle was often referred to as Bee.

According to both ancient Veda texts and the Greeks, lips anointed with honey brought the gift of eloquence. Relatedly, Jewish historians suggest that the root syllable dbr, from which Deborah (bee) derives, is also what “word” is derived from, indicating “the bee’s mission is to give divine word, Truth.”

I love all these connections. 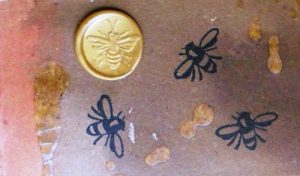 I am committed to a mellifluous life, both receiving the sweet gifts, but also living in such a way that I, too, offer honey that sweetens.

What about you?  Are you a honey lover?  What’s sweetening your world today?  What word do you want as part of your own manifesto?  Do tell – you know I love to hear.