You are here: Home » Manifesto: S is for…

Manifesto: S is for… 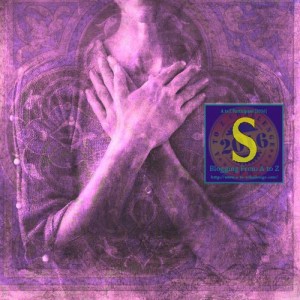 Wandering through alphabet land via the A-to-Z blogging challenge, today we’ve arrived in S town.  I’m creating a manifesto of things I believe and that delight me, based on unusual words.  Today’s word is an example of 19th century American slang, that although out of use here now, apparently has been adopted and survives in British English.  Let me introduce you to spondulicks.

Spondulicks is defined as “available money; funds; a reasonable amount of spending money.”  I can hardly say it without cracking a smile, but almost even better is a modern variant spondoolies.

Don’t you love the idea of a fun word for discretionary funds?

Frankly I think we could use a little more fun in all our money.  And seriously what’s up with U.S. currency?  Could it possibly be more boring?  Where’s the color, the fabulous art, the beautiful design?

Surely something worthy of the term spondulicks aka spondoolies should be a tad more amazing.

I know a thing or two about money.  While few people recognize it, I happen to be a millionaire, as evidenced by the currency below issued by the Bank of the Universe.

Being as rich as I am, I’ve also taken it upon myself to design my own currency.  Paying homage to my beloved bees I took it upon myself to create Honey Money.  No need for any specific denominations, this Bank of Prosperity note is valued at “more than enough.” 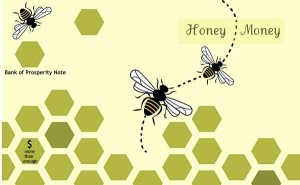 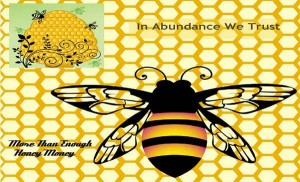 Back in the 90s, mailartist Julie Jefferies aka ex posto facto initiated a delightful movement.  Fluxus Bucks were exchanged through the global network of mailartists, and those who received Fluxus Bucks were asked to modify them in some way before passing them on.  So in truth, each “buck” had added value every time it was moved back out in the stream.

Isn’t that a wonderful concept?

Of course we don’t necessarily have to confine our spondulick outlays to paper currency.  I vote we exchange Fool’s Gold and “coins” from Lunaria also known as the Money Plant. 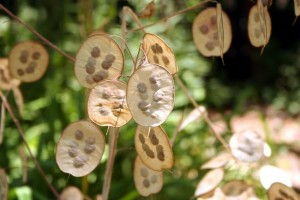 I want to live in a world with prosperity for all; where money is beautiful and fun; and where spending our spondulicks is a delightful blessing for everyone.

So what do you think?  Wouldn’t life be more fun if all the currency we exchanged were fabulous little pieces of art?  Do you refer to money with an amusing term or phrase?  Have you ever created your own currency?  Have something special in mind to spend your spondulicks on?  Do tell – you know I love to hear.