You are here: Home » Miscellany: D is for…

Miscellany: D is for…

is for dry digits

Before I explain what I mean by that, let me begin by telling you about a couple things that happened yesterday.  First was a major curiosity.  Last summer I did a giveaway on my blog and one of the packages I sent off was to Ireland.  Yesterday the package, or should I say what remained of the package, was returned to me all these months later.  It apparently never made it out of the U.S. but who knows what sort of adventure it has been on.  Being a mailartist such occasional oddities with the postal system aren’t unknown, but they are unusual enough to provoke curiosity.  What exactly happened?  I like imaging stories filled with fabulous possibilities.  The parcel that never made it to its destination was filled with hands and I had affectionately been calling it my handy package.

The other thing to report was a simple everyday kind of interaction.  A friend called and I was a bit delayed answering the phone because I was washing dishes at the time and had to dry my hands.  And then we had a lovely little conversation, largely about tarot.

And then last night I had a dream.  Take the tiny little details of my day, put them in the vitamix blender of my nocturnal brain and see what smoothie is delivered via the dream theater.

In waking life some time ago I read a book of which the story and many of the details are totally lost to me now.  But in one of the scenes a group of friends in Vienna in the early 1900s meet for an afternoon of coffee, pastries and card playing.  Only the card playing is really giving each other tarot readings under the guise of playing cards.

So the scene I find myself in my dream last night was this café in Vienna sitting at a table with 2 friends having pastries and drinking coffee.  Only we’re reading palms instead of tarot.  And speaking German.  Which is a bit awkward because my actual grasp of the language, despite my lineage and years of high school study, is quite rudimentary.  The only thing I can actually understand in our conversation is the word drei (pronounced like the English word dry) which means the number three.  But even though I actually understand the word in German, I’m somehow confused because I think my friend is telling me to dry my hands and I don’t know what she means because my hands aren’t wet. I’m trying to explain that I have peacock eye markings on several of my fingertips (true), but I can’t think of how to describe peacock in German, and my pantomiming a fancy peacock tail is cause for hilarity but not actual understanding.  The whole dream was like that – a comedy of errors and confusion, waving hands, pointing fingers bejeweled with fabulous rings, laughter, and most of all the word three expressed as drei.

I woke up inordinately happy from that dream.  Laughter that carries over from inside a dream is always such a delightful gift isn’t it?

And so today while I’m writing and thinking about digits, both as numbers and fingers, I thought I’d give you a peek at some of my hands.  Because they are indeed one of my favorite things to collect.

This is a handy little gathering on one of my bookshelves.  Bonus points because it looks like they’re all pointing towards some poetry books.

A few more hands and books.  The set of hands are salt and pepper shake and that makes me smile as well. 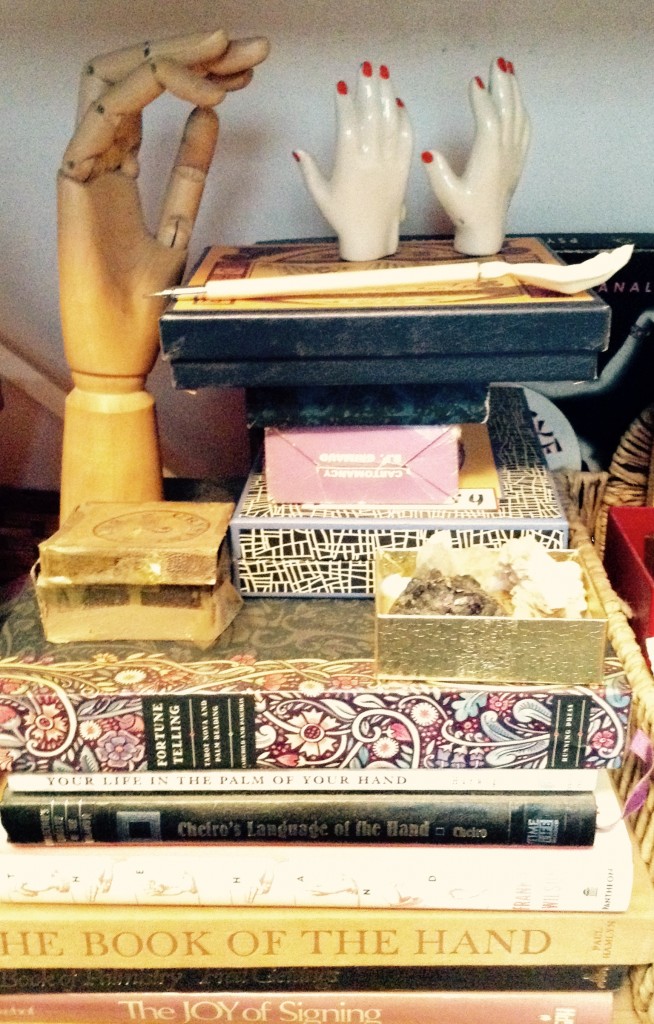 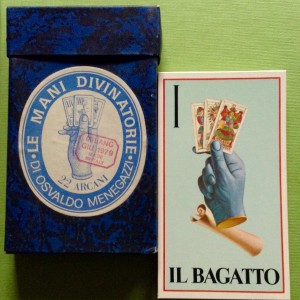 And one of my fave handy journal pages in a collaborative journal I did with a friend. 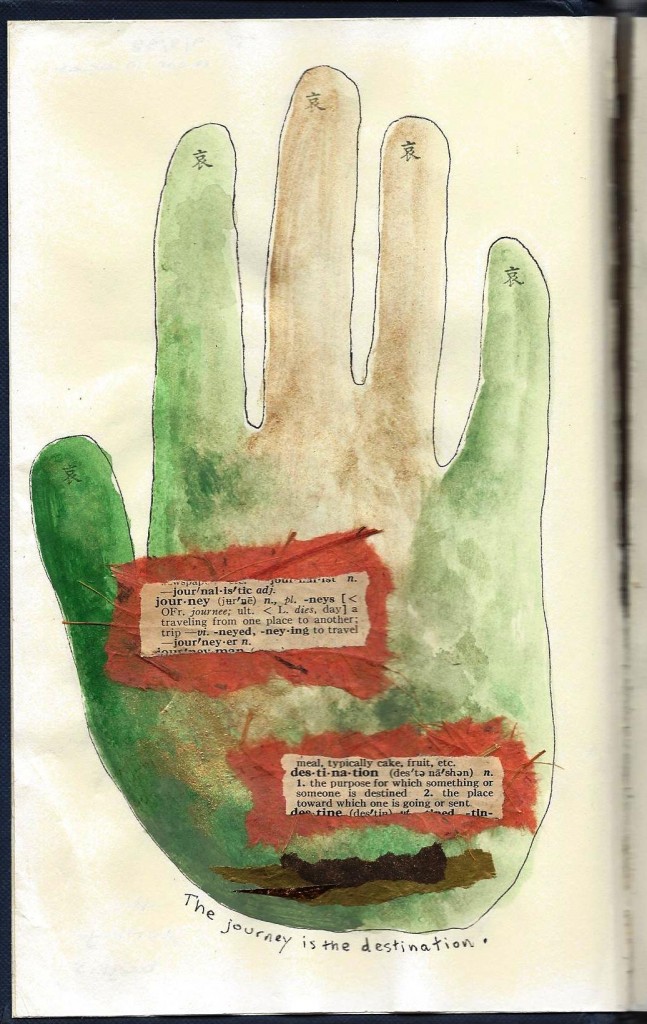 Now I’m handing it off to you.  Have an amusing dream to share?  A poem about palmistry?  Some handiwork to brag about?  Do tell – you know I love to hear.  And I’m likely to give you a high five as well.