You are here: Home » A Month of Peacocks

A Month of Peacocks 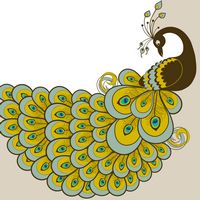 Happy August.  While I don’t feel quite ready to let July go, it doesn’t seem that I’m actually in charge of that.  So instead I’ll just move on with the rest of the world.  And set my intention to have a fabulous month in which I wring out every drop of goodness and drink deeply of it all.  I hope you do too.

It’s Friday and I’m ready to wrap the work week with my usual review.  Cynthia the originator of the Scattered Life Collective invitation is taking a break this month and will only be posting a picture a day without words ala Suzanne Conway’s August Break.  I’m already loving Cynthia’s first non-word post.  But I’m feeling wordy and not in need of a break and in fact I’m planning on participating in a month-long blog challenge doing another abecedarium during August so it’s my intention to post regularly.  But for today I’m sharing what’s been up In WeberWorld this week.

out the window:  I’m watching butterflies enjoying the flower goodness in my porch boxes.  I haven’t seen as many butterflies this year as I have in the past and I just read an article suggesting the chemicals affecting our bee populations may be affecting the butterfly populations as well.  This is heart-breaking on all sorts of levels.  And so now each time I see a butterfly I thank it and bless it and wish it a long happy life.

on the menu: My birthday month has ended, but just in time to usher in my husband’s.  And to kick things off we’re headed off for pizza tonight with my brother and SIL.  It’s an important tradition in every birthday month.  But even though I won’t be cooking this evening, I do have a recipe that will be making its debut tomorrow:  Almond Butter, Cheese, Fig Sandwiches.  My mouth is already watering!

watching:  David Lynch presents the history of surrealist film.  I keep telling myself I want to do a marathon viewing of Twin Peaks and I’m reinspired once again.

listening:  A tip of the hat to Fil Campbell for bringing this one to my attention.  Luka Bloom’s I Am Not at War with Anyone sung by children’s choir

favorite word of the week:  Bohemian.  I kind of identify with the fashion/arty definitions of Bohemian, but I was fascinated by this tidbit.  According to Wordsmith.org “Bohemia is immortalized in the German language through the Phrase “Das sind mir alles böhmische Dörfer” (literally “These are all bohemian villages to me”), meaning that you don’t understand something. Apparently, the phrase is quite old and stems from a time when Bohemia used to belong to the Habsburg monarchy. German was spoken in parts of Bohemia, but not everywhere, which was why in certain areas, traveling “Germans” found people and village names unintelligible.”

I’m keeping this gem in my pocket for when I’m feeling confused or alienated:  “These are all bohemian villages to me.”

So there you have it – a peek into my week.  Your turn.  What’s been on your radar?  Filling you with delight?  Ready for a new month?  Feeling playful or august?  Proud as a peacock, rockin’ as a robin?  Do tell – you know I love to hear.