You are here: Home » Random Musing: G is for…

Random Musing: G is for…

I LOVE how the universe is always tossing delicious little bits of wonderfulness our way.  Today I was trying to look up the name of a town in Ireland I visited years ago. First I tried a map, and then I started typing in letters of what I thought might be a reasonable attempt at a spelling, hoping something would pop up I’d recognize.  Instead, I fell down a rabbit hole that lead me directly to today’s topic. 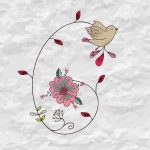 G is for galimatias, which is defined as confused mixture of unrelated things; nonsense; confused or unintelligible talk.

Isn’t that a delicious word? Apparently galimatias is one of my favorite blogging topics – I have no trouble whatsoever sticking a bunch of unrelated things in a collection and delighting in all.

First up, let’s talk about gazing.  After I wrote about Eyes the other day, I remembered an intriguing little factoid – back in the late 1700s it became popular within the upper classes of England to have a portrait of your lover’s eye painted on a bit of ivory which you then wore.  It’s suggested that because marriages were often arranged for political or social alliances or such, that romantic love was frequently sought outside the marriage bond.  And so one could demonstrate loyalty to one’s lover by wearing a portrait of them, albeit a portrait of a part of them not easily identifiable.  This of course has me reeling with intriguing potential projects – I absolutely want to create some kind of collection of one-eye images.  I want to stick eyeballs everyone – and not just generic eyeballs, but specific people’s eyeballs. 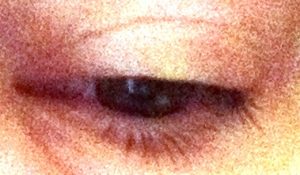 But alas, I can’t spend all my time thinking about the joys of such an undertaking.  Sometimes my mind turns to gardens and flowers and other such lovely topics of flora.  For example, today as I was looking out the back window and seeing that our goldenrod is towering above the roof line of the garage, I began anticipating that its bloom time will be soon.  Late summer through fall this is a guaranteed bee haven. 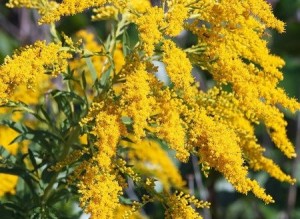 Thinking about the goldenrod though also reminded me that gladiolus is often attributed as August’s flower.  Perhaps I’ll plant some next year.  The name gladiolus is Latin, the diminutive of gladius, a sword.  The plant is often known as sword lily – both because of its sword-shaped leaves and because its tall straight stem.  But I have a fondness for trumpet shaped blooms, and gladiolus fills that bill as well.  Trumpet-shaped blooms make me think of Archangel Gabriel, and so there’s yet another G connection for today. 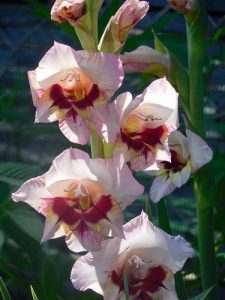 And finally, I think it’s hardly possible that my mind could be musing about the letter G and not bring to mind Ganesh.  Ganesh, the elephant-headed Hindu god of wisdom, prudence, and salvation, is also known as The Lord of Obstacles. It is believed that since he can either create or remove obstacles, he must be acknowledged before beginning any new enterprise.

I have a lovely little wooden Ganesh in my hallway that I pass countless times each day as I head up or down the stairs. And while I don’t embrace Ganesh in the religious sense, I do like his presence there. I like to take the time to stop for a moment on my first trip downstairs each morning. It’s a little ritual reminder that each day begins anew and is filled with opportunities. I ask that I remain open and receptive to continued opportunities that reveal my true Heart-of-Spirit. And that I take responsibility and make choices that move to peace and balance. 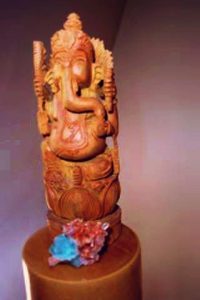 So there you have it, a true galimatias.  Feel free to add your contribution to the mix.  What G thing is inspiring you today?  Do tell – you know I love to hear.