You are here: Home » Random Musing: I is for…

Random Musing: I is for… 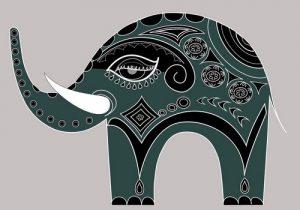 Today is World Elephant Day and “I” day on my random musing abecedarium, so quite naturally I’d like to talk about ivory.

There are so many factors endangering the elephant populations, including habitat loss due primarily to deforestation; human-elephant conflict because elephants now must share habitat with humans; and mistreatment in captivity.  But by far the greatest danger is due to poaching.  Despite a ban on the international trade in ivory in 1989, the demand for ivory continues.  Statistics show that between 2008 and 2013, between 30,000 and 50,000 elephants were slaughtered for their ivory per year, and those numbers continue still.

This is grievous and entirely incomprehensible to me.  Elephant population numbers have dropped by 62% over the last decade. The birth rates cannot keep up with number of elephants killed; and even more problematic is the fact that elephants are a matriarchial society. As the female members are killed off, great rifts in social stability occur.  Herd matriarchs are responsible for moving their tribes to safety, to watering holes, to feeding grounds; knowledge that is accumulated over decades.

There is an interesting article in National Georgraphic that explores the disconnect between what people across the world say they believe (that they would support a total ban on the sale of ivory) and what they do (buy or hope to buy ivory).

Here’s another article that offers some suggestions of what individuals can do to help elephants.   It’s not enough – it’s never enough.  But we must do something – all of us.  In whatever ways we can.  Back in 2011, I created a limited-edition mini-book tribute to my beloved elephant friends, as an Earth Day celebration.  It might be time for me to create a new offering. 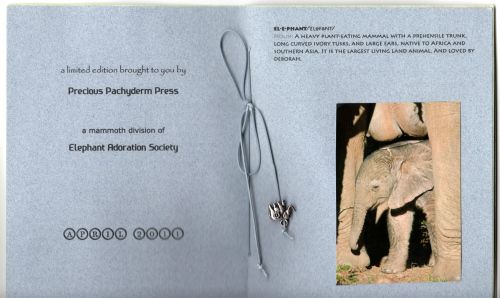 What “I” thing is capturing your attention today?  Taking a moment to celebrate elephants today?  Do tell – you know I love to hear.