You are here: Home » Random Musing: W is for…

Random Musing: W is for… 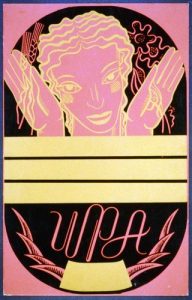 Today our abecedarium wanderings take us into the world of W.  Given than August 26 is celebrated as Women’s Equality Day in the United States, that’s what I’m musing about today.

Commemorating the 1920 passage of the 19th Amendment to the Constitution, which granted women the right to vote, Women’s Equality Day was proposed by Bella Abzug and designated by joint resolution of Congress in 1971.

It celebrates the amendment itself, whose passage in 1920 followed a long, and hard-fought peaceful civil rights movement by women, which formally began in 1848.  Seventy two years to get the amendment passed!

The text of the resolution declaring Women’s Equality Day reads:

WHEREAS, the women of the United States have united to assure that these rights and privileges are available to all citizens equally regardless of sex; and

WHEREAS, the women of the United States have designated August 26, the anniversary date of the certification of the Nineteenth Amendment, as symbol of the continued fight for equal rights: and

WHEREAS, the women of United States are to be commended and supported in their organizations and activities,

NOW, THEREFORE, BE IT RESOLVED, the Senate and House of Representatives of the United States of America in Congress assembled, that August 26th of each year is designated as Women’s Equality Day, and the President is authorized and requested to issue a proclamation annually in commemoration of that day in 1920, on which the women of America were first given the right to vote, and that day in 1970, on which a nationwide demonstration for women’s rights took place.”

Hopefully next year’s proclamation of this day of observation will be made by our country’s first woman president.  But it’s certainly not a given, and there is certainly much, much, much that needs to be addressed before we can come close to honestly saying women experience equality in our country.

Constitutional equity in pay, job opportunities, political structure, social security and education are still not givens. Nor are reproductive rights and justice, economic justice, or the end of violence against women.

Equally pressing, and perhaps even more so in this pivotal election year where we seem to headed toward a choice that will irrevocably define our collective national paradigm as one of service-to-others or service-to-self, we still unfathomably have issues with voting rights.

Since 2008, states across the country have passed measures to make it harder for Americans – particularly people of color, the elderly, students, and people with disabilities – to exercise their fundamental right to vote.  A huge step backwards came in 2013 when the U.S. Supreme Court struck down the current coverage formulation of the Voting Rights Act.  Passage of discriminatory photo ID laws, cutting back early voting, and eliminating polling locations are all voter suppression tactics.  This is a problem we should all be concerned about and working to resolve, but it’s also important to note that women are part of all these disenfranchised groups as well.  Our equality is being eroded, and sometimes at breakneck speeds.

It really is hard not to be discouraged.  But I take some comfort in the admonishment of Pierre Teilhard de Chardin:

“Our duty, as men and women is to proceed as if limits to our ability did not exist.  We are collaborators in creation.”

I believe that’s true, and that we’re called to create change that empowers us all.

What do you think?  What are you wishing to create, to change, to celebrate? What “W” thing is inspiring your musing today?  Do tell – you know I love to hear.