You are here: Home » Random Musing: Y is for…

Random Musing: Y is for… 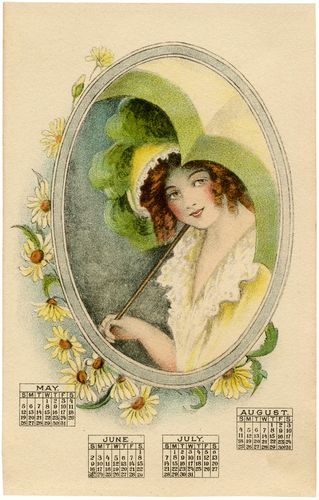 In today’s abecedarium entry we’ve arrived at a fork in the road, indicating we’ve reached the letter Y.

I’ve been musing about the year.  It certainly has been one to think about hasn’t it?  I suppose I do tend to reflect more about the year than many, as I’m particularly interested in cycles and rhythms; but I’m pretty sure this is one for the records for many people.  It seems like much of the world’s population is experiencing what feels like compressed energy, a sense of speeding time, and a collective increase in anger, impatience, and pressure.  Short fuses and big challenges make for tricky navigating.

But aside from collective expressions, this year has felt interesting personally as well. I literally feel like a different person in many ways, without the ability to point to any one specific thing that’s changed.

But what can we say about this year?  First, it was/is a leap year.

A complete orbit of the earth around the sun takes exactly 365.2422 days and yet the Gregorian calendar uses 365 days.  Hence the need for leap seconds, and leap years, in order to keep our clocks and calendars on track with the Earth and its seasons.  But previous solutions to the problem didn’t involve leap years.  At one time Roman calendars were 355 days, with an extra 22-day month added every two years.  That changed under the reign of Julius Caesar, where a 365-day year was set, with an extra day added every four years.  The Gregorian calendar shifted things a bit more 500 years later in 1582.  Astronomers at that time decided the correction needed to be tweaked slightly – that three days over the course of every 400 years needed to be subtracted, and so the rule was set that there’s a leap year every year that’s divisible by four, except for years that are both divisible by 100 and not divisible by 400.  So for example, the year 2000 was a leap year, but the years 1700, 1800 and 1900 were not.

Fun as leap years are (who doesn’t like an extra day – it’s like a surprise gift!), they mess with my personal calendar.  My birthday is July 2 which happens to be the exact midpoint of the common year, because there are 182 days before and 182 days after.  I like imagining myself poised on the balance point, half the year ahead of me, half the year behind. Leap year put a little wobble in that image.

This year also happens to be the Year of the Red Fire Monkey. 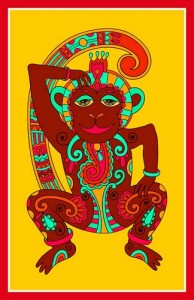 áThe energy of the Monkey Year brings in the opportunity for lots of innovation, creativity, as well as a bit more unpredictability.  Monkey is curious and clever, agile and fast-moving.  The energy is innovative and fun-seeking and can create lots of change quickly.  Show up and be seen!  It’s no surprise we’re smack in the middle of a fast-paced year with lots of surprising developments turning up. Impatience has show up too. But it’s up to us to  find ways to channel that fiery energy into productive directions and things – things you’re passionate about.  How are you doing with that?

For me though, one of the most beautiful ways to think about the year  is through the lens of the traditional Japanese calendar.  They mark the passing of the seasons and shifts in the natural world through a division into microseasons.  There are 24 major divisions, which are further split into three, making a total of 72 “microseasons.”  It’s such a beautiful poetic way of viewing things.

There’s a fabulous app called 72 seasons that gathers information about each “season” and I find it utterly delightful. It updates approximately every 5 days into a new “microseason.”  And while it’s true the Japanese seasons don’t necessarily match mine, either weather-wise or culturally, I still love it completely.  It makes me want to ramp up my observational skills so I, too, can see 72 microseasons.  In fact, I think that would be a fabulous, probably life-long project, to come up with my own way to delineate the year with such graceful and poetic vision.  That might be a wonderful group project as well.

So there are some of my musings about the year.  What about you?  What have you been noticing?  Taken any leaps this year?  Been up to some monkey business?  Fallen in love with some beauty?  Do tell – you know I love to hear.