You are here: Home » A Season of Trees

A Season of Trees 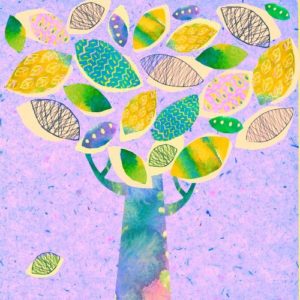 While we’re weeks away from the official calendar start to autumn here,  for me there is no denying the whispers and foreshadowing of those days ahead.  It seems earlier to me than usual, but then again, nothing about this year or the accustomed timeline of how things unfold has felt “normal” this year.

On the other hand, it’s always interesting to open to new-to-us ways of seeing things, and I’ve been finding this “between time” especially rich and fascinating.

I was delighted to discover, thanks to herbalist Asia Suler, that the ancient Chinese held this time between summer and autumn as a fifth season. She talks about it here in this video.

The ancient Japanese culture was even more nuanced – they divided the year into seventy-two micro seasons. There is a fabulous app appropriately named 72 Seasons which I highly recommend as a lovely way to dip into this way of observing the world. Bonus delight: the always poetic Japanese use descriptive names for these seasons which seem so charming to me.

Paying attention to the natural world in such detailed ways feels like such a rich invitation.

I’ve been thinking lots about how we structure things – both the helpful and constricting aspects of it all.  My love of looking at patterns, rhythms and cycles tends to keep me focused on certain containers that I revisit again and again, looking to deepen my understanding and awareness.  To be honest this way of being is both the most wondrous thing I can imagine, and also a bit of a curse. I always feel like I’m unfolding things – often great beautiful surprising magical things, often hidden in obscure pockets. But there’s always a sense too of never quite finishing with anything. No closed books. On the other hand, I delight in honoring my meandering path, always willing to follow my inspiration. And I think it’s actually honed into a super-power one of my innate skills at finding connections between things that aren’t necessarily obvious.

I’m feeling a lot of tree energy and a wild sense of excitement about exploring this further, and I suspect this is going to be one of my autumn themes. One, which no doubt, I’ll be bringing to the pages of this blog over the coming weeks.

I recently read a book, which I’m currently holding as a favorite, entitled The Merro Tree by Katie Waitman. It’s a fantasy novel, her debut, published in 1992, about the adventures of a Master Performance Artist and his adventures both training to be a master and touring across the galaxy. There are two prominent themes – same gender interspecies love and confronting censorship, both of which seem particularly relevant a quarter of a century after the book’s publication.

In addition to my thumbs up rating, I’m mentioning the book because of the tree title.

“The first merro tree was a latecomer to our world,” said the Dean, “and not immune to the Intoxication. As a result, its branches grew every which way, its leaves curled in fantastic shapes, and it bore not fruit. The First People believed that, late-comer that it was, even if it did adapt it was unlikely to produce anything of value.”…

“One Blossom Season, after years on the edge of extinction, the merro tree suddenly produced a display of beautiful dark green leaves. It had finally adapted to the Intoxication. To the First People’s amazement, it also produced fruit, fruit of such rare and wonderful scent and flavor that the First People were ashamed.  They declared the merro tree sacred and its fruit a gift from Heaven, to be served with reverence and eaten in silence.”

I find this such an encouraging hopeful message, and much needed in a time when it so often feels like our own world is wobbly with strange forces of intoxication and chaos.

I also see it as an invitation. When we do find those things of unexpected beauty, let’s not pass them by unnoticed.  Let’s celebrate them, honor them, and hold them with love in our hearts. These gifts are ours to receive – let’s not refuse them.