You are here: Home » Speak Easy 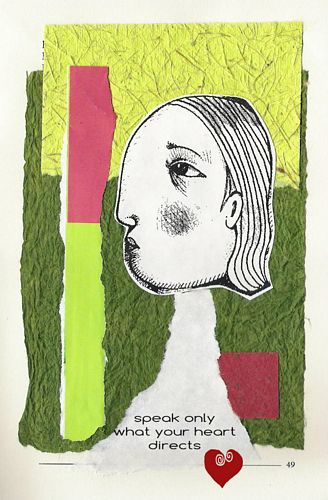 Eli at Coach Daddy blog does a monthly feature called 6 Words which he invites folks to participate in and answer a prompt in 6 words.  July is “freedom from fear of speaking” month and Eli wanted to give people an opportunity to say something to someone – or the universe – that they haven’t yet, for whatever reason.  In six words.  Do head over and see what folks had to say.

The topic has me thinking in all kinds of directions and I certainly have more than six words to say about it.

I see the issue as spanning a pretty large continuum.  At one end is the quite personal, literal fear of speaking.  Like what grips me when I imagine standing on a stage and speaking to an audience of hundreds.  In the scheme of things this is literally quite uncomfortable, and may well escalate into anxiety and panic that prevent me from speaking, but the truth is it’s not life-threatening.

At the other end the continuum though speaking may literally endanger one’s life, and so of course that’s something to fear.  One need only glance at Amnesty International website to understand there are horrifying numbers of people across the world imprisoned for speaking their mind, for speaking their truth, for speaking against the dominant paradigm in valid dissent.

It’s clear to me we really have a significant way to go with the freedom of speech issue, and yet it’s also obvious it’s a nuanced issue as well.  It’s easy to stand firm on the absolute side of freedom of speech when we consider those who are clearly political prisoners.  But it gets a bit murkier when we think more personally – such as instances of public shaming or blog trolling or simple straight-forward verbal meanness. We need more than legal protection from that – we need a shift in our overall societal values.  We need to be living in a world where we aren’t harming each other, period.

I think about that a lot, and sometimes it just feels overwhelming at the micro level of me – a single person with very little influence.  And yet that’s what I have to work with – there’s no other place to begin except where you are.  And so I strive to live from a place of loving-kindness and I would always hope that my words lead to greater wholeness rather than deeper separation.

Shifting a bit, back to the idea at the more personal level of fear of speaking, I think we all have examples in our life when we didn’t say what we wanted out of fear.  I suspect the actual things we were/are afraid of are as endlessly varied as we are.

I certainly have regrets about some things I didn’t say.  I’ve hung on to some relationships past the time when saying “enough” would have been the right thing.  But most of all one of the things I’ve regretted is I think I may not have said “I love you” enough to my sister before she died.

The truth of the matter is it was many many years ago, when I was in my 20s and I can view with great compassion that younger version of myself who was afraid.  And luckily my sister was totally awesome and knew how much I loved her anyway.  So in the end it’s all good.  But importantly it taught me something that I’ve carried with me every day since.  I’m not afraid to tell people I love them anymore.  I tell them often.  Because in my world it really is the only thing that matters, and we all need to hear it.

Wrapping up this little meander around the subject of freedom from fear of speaking, I have a few things to suggest:

Now tell me what you think – you know I love to hear.