You are here: Home » The Plus of Having Pulses

The Plus of Having Pulses 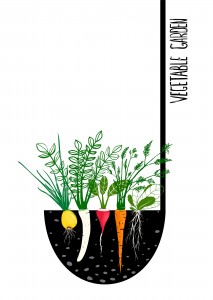 Beyond just the obvious pull of a new year, I’ve been feeling for a while like I’m wanting some level of freshness and newness in things. It’s kind of hard to wrap my mind around it in some ways because the line between stagnant and comfort is one of those that seems to shift like blowing sands. And I’m not altogether sure just what I want to change, only that I want to evaluate everything and see if it’s still right-fit for me. There’s kind of an overwhelm about this, along with the excitement, and I’m old enough and wise enough to know that such an undertaking doesn’t promise a-no-bumps-involved journey. And truthfully it feels like I’ve just agreed to take on another spinning plate to balance with all the others we each have on the poles that make up our lives.

But that’s really what life is all about isn’t it? Offering us ways to look at what’s happening so we can decide what we prefer and what we don’t and make choices in the direction that keeps us most aligned with our hearts. These things don’t get dripped out in some precisely measured way – they show up when they show up. I actually believe it’s really only us in the moment who don’t understand how everything is perfectly timed.

In any case, when embarking on a big project of any kind where you don’t actually know where to start or what to do, the best first thing to do I think is listen. There are always hundreds of ways to begin, but listening often gifts us with a magical sparkle or two that invites us down the rabbit hole with a sense of enthusiasm and delight.

I think of newness in two ways. The first is brand new – as in a new unbeknownst-to-me-before discovery. These are utterly mind-blowingly exciting if you think about, because they’re paradigm shifters. You have to accept that you’ve been living in a world where you weren’t aware of something, and now there it is, and you have to shift things around to make room for it. It’s like the world has suddenly opened a bit more, things become more expansive. I keep thinking about the new elements added to the periodic table, or new planets observed in places we didn’t even know about before. All very magical.

And then there is the newness that jolts your mind into realizing things have other meanings as well. This is expansive and fun as well. For example, the United Nations has declared this the Year of the Pulses. When I first read that I was perplexed, because I think of pulse as the rhythmic measure of our heart’s beating. I didn’t know pulse crops were things such as lentils, beans, peas and chickpeas. I find it fascinating when things unfold like that, almost as if there had been a secret in plain sight that I had missed before. AND I love the playfulness of that kind of newness as well. That totally invites my brain to imagine what the Year of Pulses looks like if I’m thinking of it in terms of heartbeats as well. Doesn’t it make you think how different things would be if we stepped up to the invitation to live fully – to be a strong pulse in the world? Doesn’t it inspire you to imagine what the heartbeat of a legume is?

What newness wants to be born into your world? Are you standing on a precipice with an undeniable sense of trepidation, and yet excitement and curiosity as well? What makes your pulse race? Isn’t legume a fabulous word? Looking at the spelling, don’t you envision a leg, you, and me and wonder what kind of rebus that might make? Isn’t chickpea an odd word? I have so many questions for you! Help me out and leave an answer or two. You know I want to hear.