You are here: Home » Gratitude: U is for…

Gratitude: U is for… 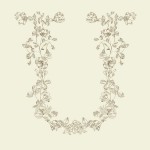 No doubt there are times when linear thinking serves best, but I’ve always been grateful that my mind most often chooses the hop-and-skip approach to merrily meandering down rabbit holes and roundabouts.

Take for example yesterday. I had a lovely visit with my brother.  I’m sure it’s no secret to any of you reading this blog that I LOVE flowers.  And my brother loves gardening and has been gifted with green thumb gene of our family lineage.  So it’s not surprising our conversations often turn to flowers.

And so flowers were on my mind when after he left it began to rain and I looked out the window and saw a person walking with an umbrella.  Which struck me as interesting in itself since this late in November we’re much more likely to have snow falling than rain.  But it was the word umbrella that caught my focused attention and niggled at me to remember a word describing a particular flower form that sounded similar.   But I couldn’t retrieve it from my brain’s filing cabinets in that moment and so I got busy with the rest of my day and forgot about it.

Until last night’s delightful dream wherein appeared all manner of wonders.  First it was a street full of people carrying umbrellas.  Even though it wasn’t actually raining, but in fact the sky was filled with double rainbows in jaw-dropping gorgeous colors more suited to a box of surreal crayons.  And just as I was adjusting to the delights of these visions, I noticed that in fact people weren’t actually carrying umbrellas, they were carrying giant flowers that were somewhat shaped like umbrellas.  It was gasping-in-delight amazing.  I so want a giant flower to carry around now!  But even as I was thinking about how cool that would be, the scene morphed once again and instead of people carrying flowers like umbrellas, the people’s heads had turned into giant ball-like flowers (think Alliums) and their necks were the stems. It was hilarious and delightful at the same time.  Gives a whole new definition to flower child.

When I woke up and realized the Allium reference I was able to look up its characteristics and thereby backtrack to find the word I had originally been looking for yesterday.  Umbel.  Which is defined as “an inflorescence which consists of a number of short flower stalks (called pedicels) which spread from a common point, somewhat like umbrella ribs.”   Which is pretty much the kind of technical-speak that proves a picture is worth a thousand words: 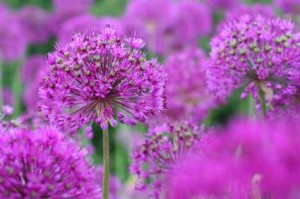 A search of etymology sources suggest that umbel was first used in the late 16th century, and its origin is obsolete French umbelle or Latin umbella “sunshade”, diminutive of umbra.

According to the Online Etymology Dictionary:  umbrella:

“c.1600, first attested in Donne’s letters, from Italian ombrello, from Late Latin umbrella, altered (by influence of umbra) from Latin umbella “sunshade, parasol,” diminutive of umbra “shade, shadow” . A sunshade in the Mediterranean, a shelter from the rain in England; in late 17c. usage, usually as an Oriental or African symbol of dignity. Said to have been used by women in England from c.1700; the first rain-umbrella carried by a man there was traditionally c.1760, by Jonas Hathaway, noted traveler and philanthropist. Figurative sense of “authority, unifying quality” (usually in a phrase such as under the umbrella of) is recorded from 1948.”

So there you have it – a peek at how my brain likes to travel down the path picking up clues and making me laugh.  I can honestly say I love my dreams! I love flowers!  I love etymology!  They’re all on my gratitude list today.

What about you?  Had any good dreams lately?  Wishing for a new era of Flower Power so we could all head to San Francisco with flowers in our hair? Prefer umbrellas or parasols? What are you adding to your gratitude list today?  Do tell – you know I love to hear.