You are here: Home » Wonder Manifesto: H is for…

Wonder Manifesto: H is for… 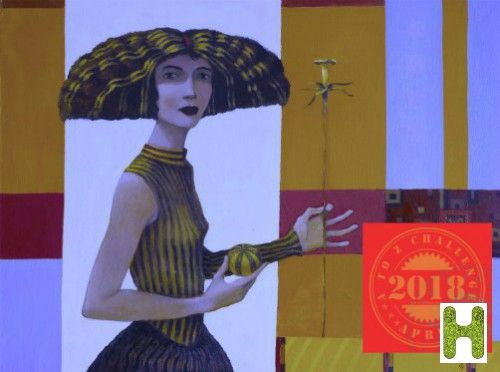 Yearly, for a number of days in mid January, Greece experiences a stretch of sunny days, with calm seas and winds, which are called the Halcyon days.

According to Greek myth, Halycon was the daughter of Aeolus, the ruler of the winds. The winds were imprisoned within caves, and it was the duty of Aelous to free them when called upon to do so by the higher gods. Halcyon, a goddess, was married to the mortal king Ceyx, and their love for each other was legendary, well-known among all the gods.

On a trip to Delphi to consult the oracle, Ceyx was caught in a great sea storm, and knowing that he would die, asked Poseidon, the ruler of the sea, to bring his body to his wife. Meanwhile, Halcyon, frightened for the safety of Ceyx, appealed to Hera to ensure Ceyx’s safe return.  It was of course to late for that, so Hera enlisted the help of Morpheus, god of dreams, to break the news to Halcyon. Filled with despair, she hunted for her husband’s body, and threw herself into the sea.

Touched by her love and devotion, the gods decided to save her and transform her into a seabird. They also turned Ceyx into a bird, so the two could live together.

As is often the way though, things were not without challenge. Zeus ordered that Halcyon would lay her eggs only in winter, and having her nest near the shore, close to the spot where she found the body of her beloved Ceyx, the stormy weather and crashing waves kept sweeping away her eggs.

Touched by her continued heartbreak, Zeus finally decided to give her 14 days of good calm weather in the middle of winter to keep her eggs safe.

And so halcyon has come to be associated with peace and tranquility and calm.

I think a lot about peace, and unfortunately circumstances in our world apparently lend themselves to insuring I will continue to do so. We have such a great way to go to establish meaningful peace, and yet we can’t allow ourselves to be discouraged, or stop looking for ways to reflect peace in our individual lives.

I often think about the words of Carlos Santana, which I, too, hold to be true:

“The most valuable possession you can own is an open heart. The most powerful weapon you can be is an instrument of peace.”

I do believe there is much we can do individually – we certainly must protect the vulnerable as best we can; we must model non-violent conflict resolution and compassionate action towards all beings. While it can be hard to believe that any individual action really makes a difference collectively, at the very least I believe I can be responsible for my own life.

I believe that true peace must come from a place of openness, non-judgment, and a commitment to unity consciousness and unconditional love – an energy field I like to call neutral beneficence. When we can be in that state of allowance, peace become a real possibility.  When we know ourselves, and we know that we are not truly separate from all that is, then there can be no alternative but peace.

I’m not overly fond of the somewhat common idea that halcyon days are those of the past. I don’t think that’s a particularly helpful way to navigate, keeping ourselves anchored into old attachments and memories and trying to solidify or recreate them. It just keeps pulling our energy backwards when what we need to do is to continue to move forward in flow. I vote for creating the halcyon days of NOW. 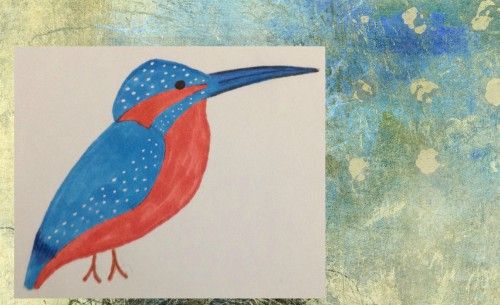 It just so happens that yesterday, April 8, a non-posting day in this A-to-Z challenge, was “Draw a Bird Day.”  You can read more about it here. I’m always charmed by this observation and like to participate by drawing a bird. So yesterday I created my version of a Halcyon, based on a kingfisher.

I am committed to creating and living in a halcyon world where peace, loving-kindness, and serenity are valued currencies.

What about you? What kind of world would you like to create? What’s bringing a sense of peace to you? Did you draw a bird yesterday?  Do tell – you know I’d love to hear.