You are here: Home » Wonder Manifesto: I is for…

Wonder Manifesto: I is for… 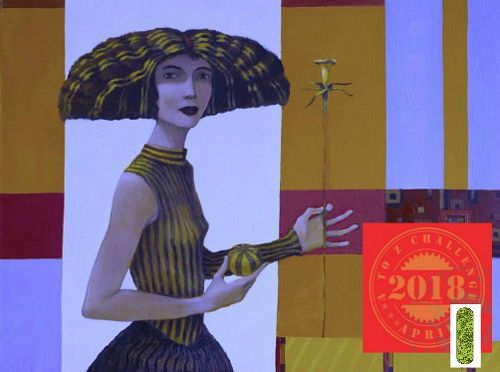 Like many of us, I imagine, I’m fascinated by color. As a kid I was blissed out when I got the super-giant assortment of crayons – so many colors, so much joy! There are all manner of ways to think about color, but one of my fascinations is the cultural and historical aspects. From this perspective, I’m particularly fascinated by the color blue.

The Egyptians were producing a blue as early as 2200 BCE using a complex formula of limestone, sand, and copper-containing minerals.  Later, “true blue” ultramarine was created from lapis lazuli, but the price was greater than gold and many artists, including Michelangelo couldn’t afford it.

For years I’ve been having the most luminous numinous dreams about the night sky. All manner of things happen in these dreams, but I’m always struck by the color of the sky, some version of lapis with gold-flecked stars or a deep cobalt. It’s literally breath-taking.

It’s inspired me, in my waking life, to really look at artists who’ve painted the night sky, It was sometime during this research that I discovered the French artist Yves Klein, and although he didn’t paint a night sky, he did in fact create, and register as a trademark what he considered to be the purest blue of all. It’s a deep ultramarine pigment suspended in a resin binder that didn’t dull the pigment’s luminosity.  It’s fabulous.  Here’s a peek at International Klein Blue (IKB): 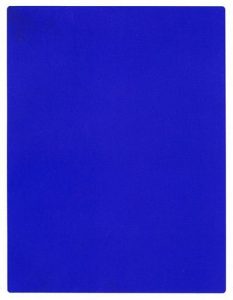 Klein died in 1962 at the age of 34, and critics are mixed in their opinions of his work, often dismissing him as an attention-seeking performance artist, but I certainly think he’d be someone I’d liked to have known.  He considered his color to be “extra-dimensional” and he once proclaimed his goal as an artist was simply “to feel the soul without explaining it, without vocabulary, and to represent this sensation.”

Often when I’m steeping myself in portrayals of the night sky, I turn to Van Gogh’s Starry Night. Few people know his famous work is not his original Starry Night – he did one in the previous year, and it’s known now as Starry Night Over the Rhone.  But it’s his second, most famous work that inevitably draws me.  I love that it portrays the night sky as he actually saw it during his stay in the Saint-Paul asylum, and that he wrote his brother of painting Venus as the morning star.

I have a great fondness for Venus, and am always curious as to her travels both as a morning and evening star.  She’s  now rising as an evening star and will be for most of 2018.

I’m often up late (or early) scanning the sky, and I’m likely to make a cup of tea to accompany my musing. I was delighted to discover the Bleu teas from Tea Forte this winter. There are a number of different herbal varieties in their series, each with a few petals of what I assume is the Butterfly-pea flower, which colors the water various shades of blue depending on what other flowers are in the blend.  I especially like to drink it out of my “bird” cups, imagining what sort of birds might be flying in a sky of that color. 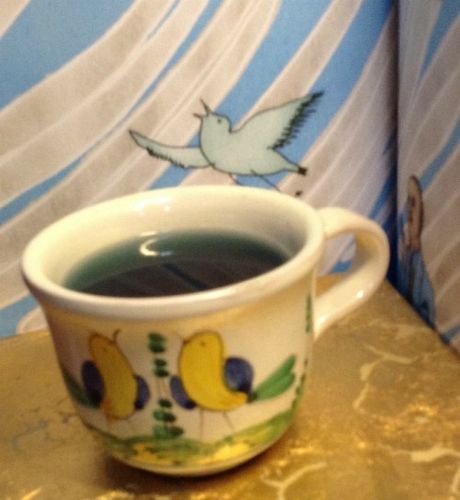 I’m inspired by International Klein Blue.  I find it delightful to live in a world where there’s always the possibility of finding new colors, and there’s nothing preventing us from painting our lives any way we wish.

Does your Muse speak to you in colors?  Are you a sky gazer? Ever drink blue tea?  Do tell – you know I love to hear.