You are here: Home » Wonder Manifesto: N is for…

Wonder Manifesto: N is for… 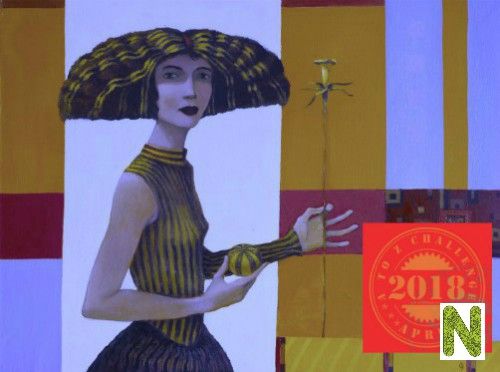 nubivagant – wandering among the clouds; moving through the clouds   (pronunciation: nU-bi-‘vA-gant)

What a fabulous shift in perspective to think about wandering among the clouds. I like to think about this several ways. First, as myself, a cloud wanderer in cloudland. So many adventures to be had!  Of course there is actual flying in the sky – and I’ve certainly seen the most incredible clouds from airplane windows, and had some nothing less than numinous experiences.

But it’s also lovely to expand our thinking as Diane Ackerman invites us to:

“Look at your feet. You are standing in the sky. When we think of the sky, we tend to look up, but the sky actually begins at the earth. We walk through it, yell into it, rake leaves, wash the dog, and drive cars in it. We breathe it deep within us. With every breath, we inhale millions of molecules of sky, heat them briefly, and then exhale them back into the world.”

Isn’t that exciting? We are nubivagant creatures! 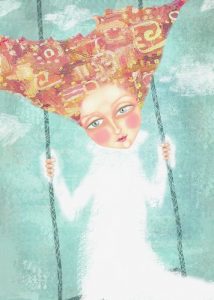 I love thinking of clouds as cosmic travelers moving hither and yon, allowing us to sometimes catch glimpses of them on their journeys and yet, really just going about their own business. Delivering rain sometimes; providing a bit of shade sometimes; shape-shifting at whim. Even with storm clouds hustling wildly, I imagine cloudland to be an inherently spacious place of peace.

There’s no hiding the fact that I’m utterly enchanted by clouds.  It’s so hard to wrap my mind around them, no doubt because they are so ephemeral.   Science can explain particular types, but I always think of them as some peculiar shape-shifting tribe of ethereal magic.

Cloud watching is the quintessential pastime inviting us back into slow time. It’s an opportunity to connect to wonder, to engage our imaginations. It can be a reminder to hold things loosely – as we watch clouds morph and shift we can allow some spaciousness and perhaps loosen our own grip on things we might be holding too tightly.

Lightness of thought doesn’t translate into lightness of weight though.  Wispy appearance can be deceiving – even a small cumulus cloud can weigh as much as two elephants.

We don’t often think of elephants as nubivagant creatures, but there’s a charming tale suggesting that elephants once had wings. One elephant, tiring after a long flight, thought he’d rest a bit by landing in a large very old banyan tree. But alas the tree couldn’t support his considerable weight, and the branch he landed on cracked and fell upon a meditating yogi sitting under the tree. The man lost his temper and cursed away the wings of all elephants, who thereafter had to resort to walking.

If you love clouds you may wish to become an official member of The Cloud Appreciation Society.  (Bonus points for the Society because they have a manifesto, and obviously I love manifestos).  I mentioned my love of Van Gogh in an earlier post in this series, but did you know there were actual Van Gogh clouds, more formally known as Kelvin-Helmholzt clouds. Take a peek here for some examples.

I couldn’t resist creating a little cloud art of my own.  Ages ago I made some of the softest paper ever – truly as soft as clouds – and I’ve saved every little scrap of it remaining from the original project.  I’ve included a bit here. 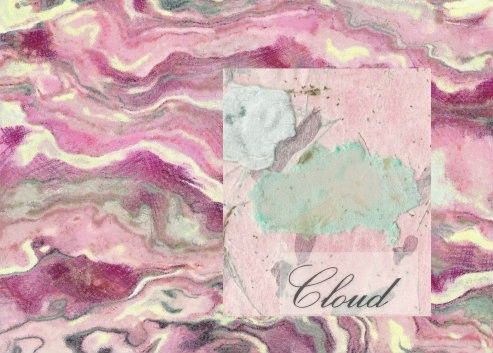 While I like to imagine everyone likes clouds as much as I do, I think these are very wise words of Konrad Adenauer:

“We all live under the same sky, but we don’t all have the same horizon.”

But from where I stand…

I delight in my nubivagant nature. Clouds can be such a helpful reminder of how energy moves; how things shift; how not to hold on so tightly; and how to be both powerful and dance lightly.

What about you? Are you a card-carrying member of the The Cloud Appreciation Society?  More of a feet-on-the-ground or head-in-the-clouds kind of person?  Do tell – you know I love to hear.