You are here: Home » Year of the Water Dragon

Year of the Water Dragon 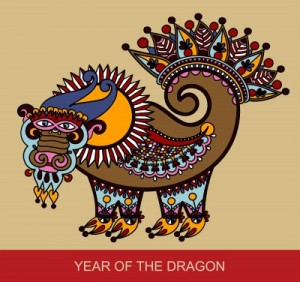 I have to say a week into the Dragon Year and I’m loving it.  I think I needed a little fiery dragon breath to stir things up.

January has been such an intereting month energetically for me, and apparently for lots of folks I’ve recently been talking with.  In my case, for much of the month I’ve felt like I’ve been on pause, in limbo; which has been unsettling and uncomfortable.

The thing is I had clear guidance that this was a rest and regrouping period.  In fact the image given was being in a base camp on the trek up a mountain.  If I looked up the mountain I could see it was shrouded in fog, and I knew I needed to wait for clarity before moving on.  But of course, it’s not always the easiest thing to act on guidance.  It seemed to me everyone around me was forging ahead, shooting out the gate of the new year with enthusiastic PLANS and brilliant clarity, taking action, moving forward.  And I wanted that too.  And in fact, the more it seemed people were moving on, the more judgmental I got about myself.  I keep insisting I needed to press on as well.  Sigh.  Sometimes we are indeed are own worst enemies!

In some instances when I wrestled myself into action because I felt I SHOULD be doing so, I’m finding I now need to back track and start again.  Case in point – my guide word for the year.  I knew it needed percolating, that it was still in the embryonic soup stage, but I pushed.  I laid claim to something that wasn’t really mine; and of course, that’s not really the point of something meant to guide and inspire.

But earlier this week my guiding star arrived.  And thanks to Rachelle Mee-Chapman, aka Magpie Girl, brilliant founder and tender of the Flock community, for the term Guiding Star.  Perfect, perfect, perfect!

the stars, like candles
thrust at us from behind blue veils,
and as if to make the invisible plain…

So tada…I’m unveiling my Guiding Star.  It’s five-pointed, as I have 5 energies I feel called to work with this year.

There’s a flow to them and I’m looking forward to see how they pull at me, inspire me, encourage, and inform my being and my year.  And that’s exactly what a Guiding Star should do, so hooray!

I was a bit surprised to have it show up as five-pointed, but 5 seems to be a theme that’s appearing for me this year as well.  Numerologically speaking my personal year is 5; and I’m also devoting energy this year to exploring the 5-Element system with Megan Potter through her Full Circle: The Elemental Way to Wholeness program.  I’m excited about that.  And I’m also curious to see how other fives show up this year for me as well.

And what about you?  Have you found you needed to change or tweak your Guiding Star for the year?  Have some themes started to show up?  Are you being inspired with a little Dragon fire?  I’d love to hear.