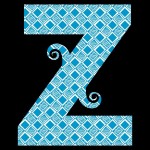 Don’t you love the word zephyr?  Some words feel especially tingly wonderful in my mouth and zephyr is one those.

While it’s most often thought of as a gentle breeze, zephyr is more accurately the west wind.

Zephyrus was an Anemoi, one of the Greek wind gods.  While the wind gods were sometimes depicted as horses, they were often seen as winged men.  I do love the winged beings, so that’s definitely my preferred image.  The Anemoi were the winds associated with each cardinal direction, and Zephyrus was the gentlest of the winds.  Associated with the West and bringer of gentle Spring and early Summer breezes.   His breath was known to be fructifying, another word that tickles my mouth.  So I often imagine the zephyr breezes seeded with encouragement to bloom and carrying the pollinators. 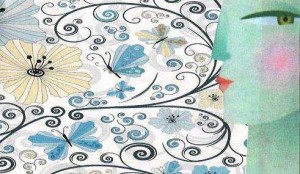 With today’s post, we’ve made it through the first round of my abecedarium.  I say first round because I had such fun doing it I will no doubt do more.  And then at some point when I’ve done a bunch of them, I might compile them into a dictionary.  Weber’s Dictionary – kind of like Webster’s only smaller.  And better.  And more me.

So what about you?  Off-the-top-of-your-head what’s your favorite word?  What’s your favorite winged being?  Do you have a favorite direction?  Favorite season?  Identify with a certain Anemoi?   If you imagined your breathe was sending something out into the world, what would it be?  Do tell – you know I love to hear.