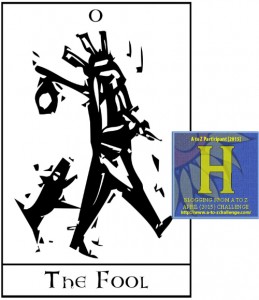 H is for hardihood.

Isn’t that a fabulous word?  And it’s something I’ve been thinking about quite a bit lately.  I’ve been watching friends and clients demonstrating hardihood and it delights me beyond measure.  And I have some things I want to create and accomplish that require me dipping into the energies of hardihood as well.

I wear an armful of bangles inscribed with various bits of poetry to inspire me, and on one of them is written this quote from Mary Oliver:

“I want to be improbable beautiful and afraid of nothing, as though I had wings.”

Yes, I want that!

One doesn’t immediately think of the Fool as an example of hardihood, but there’s certainly an element here we should celebrate.   To step off into the unknown, even rushing forward with delight in your heart, feels very much like bravery, courage and daring.  Particularly in this world where deviation from the norm is not often embraced with jubilation.

And I happen to think Fool is a wonderful companion to have on my journeys requiring hardihood.  After all it was Fool who reminded me to invite in more fun.  That even hard things can be approached with a sense of play.  It was Fool who reminded me of the very important bequeather of delight – the Random Superpower Generator.  Whenever I need a reminder of how much is possible and how awesome I am (and just because it’s fun), I turn to the Random Superpower Generator.

Here’s what it had to tell me today:

“Deborah Weber has learned to view distant locations with her mind. Also, she is able to change shape into an imp and she can scan the memories of others. Deborah Weber has a breathtaking strength and she developed the talent to confuse the vision of an opponent, however only when scared. She also possesses the power to tunnel through solid water, but using this power makes her incorporeal for ten minutes. Deborah Weber has the power to become invisible, but doing so drains her fame throughout the nation for five minutes. Shamefully, Deborah Weber is notorious for being terrible at knowing stuff.”

Ah, I feel fabulous already, ready to don a sparkly cape.  Indeed it was Fool who reminded me that costumes can be a fabulous idea.

Keeping in mind my intention to be “…afraid of nothing as though I had wings” AND given the fact that my name, Deborah, means bee, I’m pretty sure I could benefit from having a bee costume.  Don’t you agree?  And seriously, who wouldn’t want to be part of a hive of these hardihood beauties? 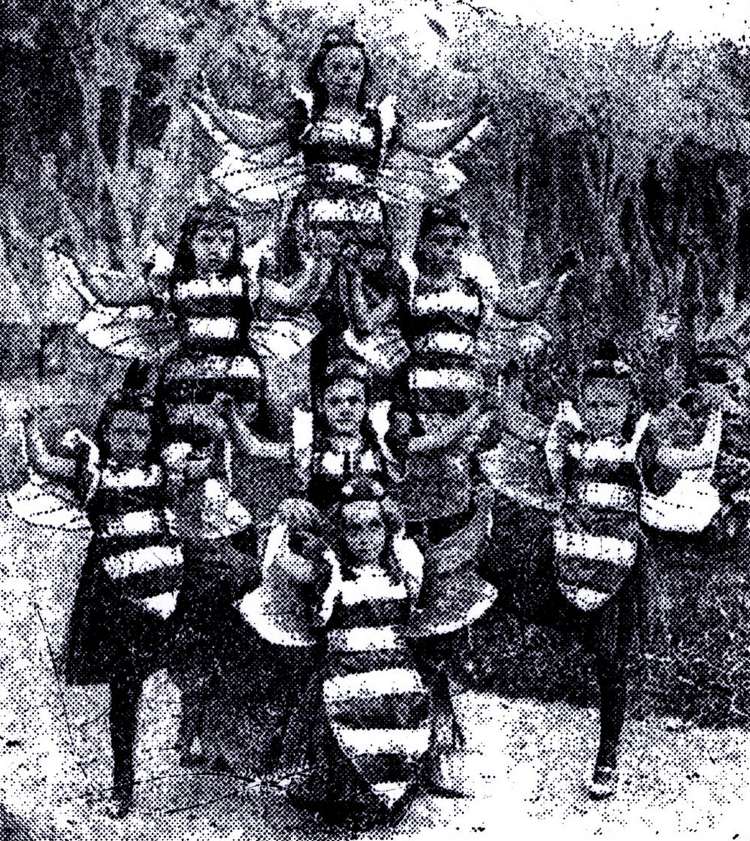 What about you?  Can you claim hardihood?  Celebrating someone who is a perfect example of it?  Love costumes? Want wings?  Do tell – you know I love to hear.